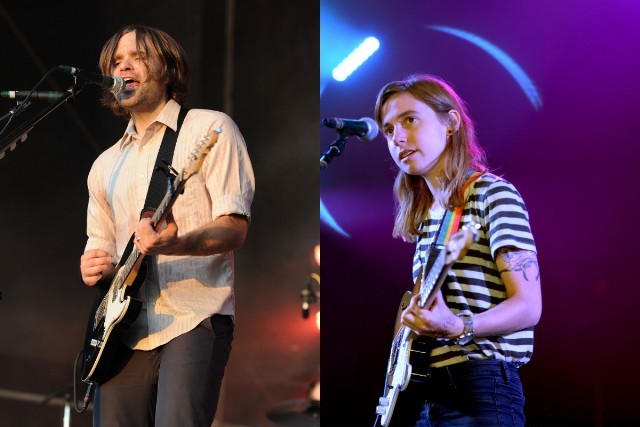 Back in December, Death Cab for Cutie’s Ben Gibbard, The National’s Aaron Dessner, The Hold Steady’s Crag Finn, Julien Baker, and Kevin Devine performed a tribute to Scott Hutchison, the Frightened Rabbit frontman who died in an apparent suicide last year. Now, Hutchison’s bandmates have released a live recording of the event titled Tiny Changes: A Celebration of the Songs of Scott Hutchison.

The release includes recordings of each artist performing songs from throughout the Frightened Rabbit catalogue, with Kevin Devine and Julien Baker performing “I Wish I Was Sober,” Ben Gibbard and Aaron Dessner teaming up for “My Backwards Walk,” and Gibbard, Baker, Dessner, Finn, and Devine all joining in to play “Swim Until You Can’t See Land” as a supergroup.

“This night was not a night of mourning or a night of sadness, but a celebration of an extremely special person and the music [Scott Hutchison] created,” a statement on Frightened Rabbit’s Soundcloud page reads. “Scott inspired everyone who met him, heard his lyrics or saw his art. We feel his loss every day but we are all in this together and we carry on strengthened by the support of the people involved in this recording and those around the world who have been affected by Scott’s passing.”

Listen to the full album below, which is available both to stream and download.