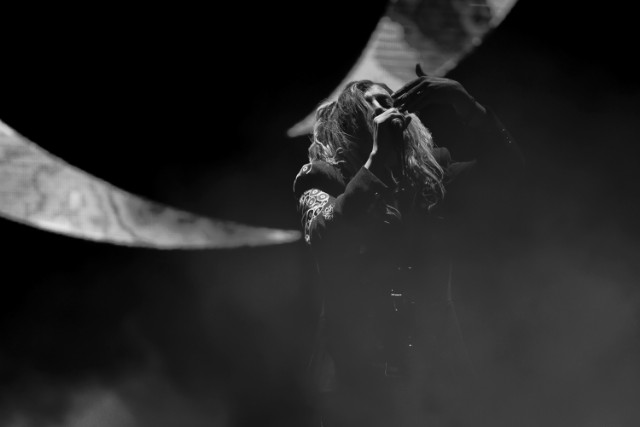 Vintner-rocker Maynard James Keenan has been teasing his plans for Tool, A Perfect Circle, and Puscifer for a while now. His promises of new music throughout 2018 seemed to come to a head last month, when Keenan tweeted that the final vocals for a new Tool album were “tracked months ago.” Now, Keenan has squashed a rumor that the new record would be coming out in the next few months. When an eager fan asked on Twitter about Keenan’s possibly releasing a new album in April, Keenan responded with a blunt “No.”

The first reply to that “No” reads: “Cue 100s of speculative online articles being written about this ‘no’…” There’s not much to speculate about — it seems clear that though new Tool music is in the works, we won’t be hearing it until at least a little later this year. The real question is when we’ll be getting those “wine posts” Keenan promised last month. Keenan’s taste for wine and skill as a winemaker is well known; we interviewed him about his grapes back in 2010. “You can’t rush anything,” says Keenan of his approach. “That’s one of the golden rules in winemaking — if you’re in the wine cellar working with the wine and you’re not sure what to do, don’t do anything. Just let it be. It’s similar with music. When you’re writing you just have to let it marinate, then come back to it. Don’t rush it, ever.”