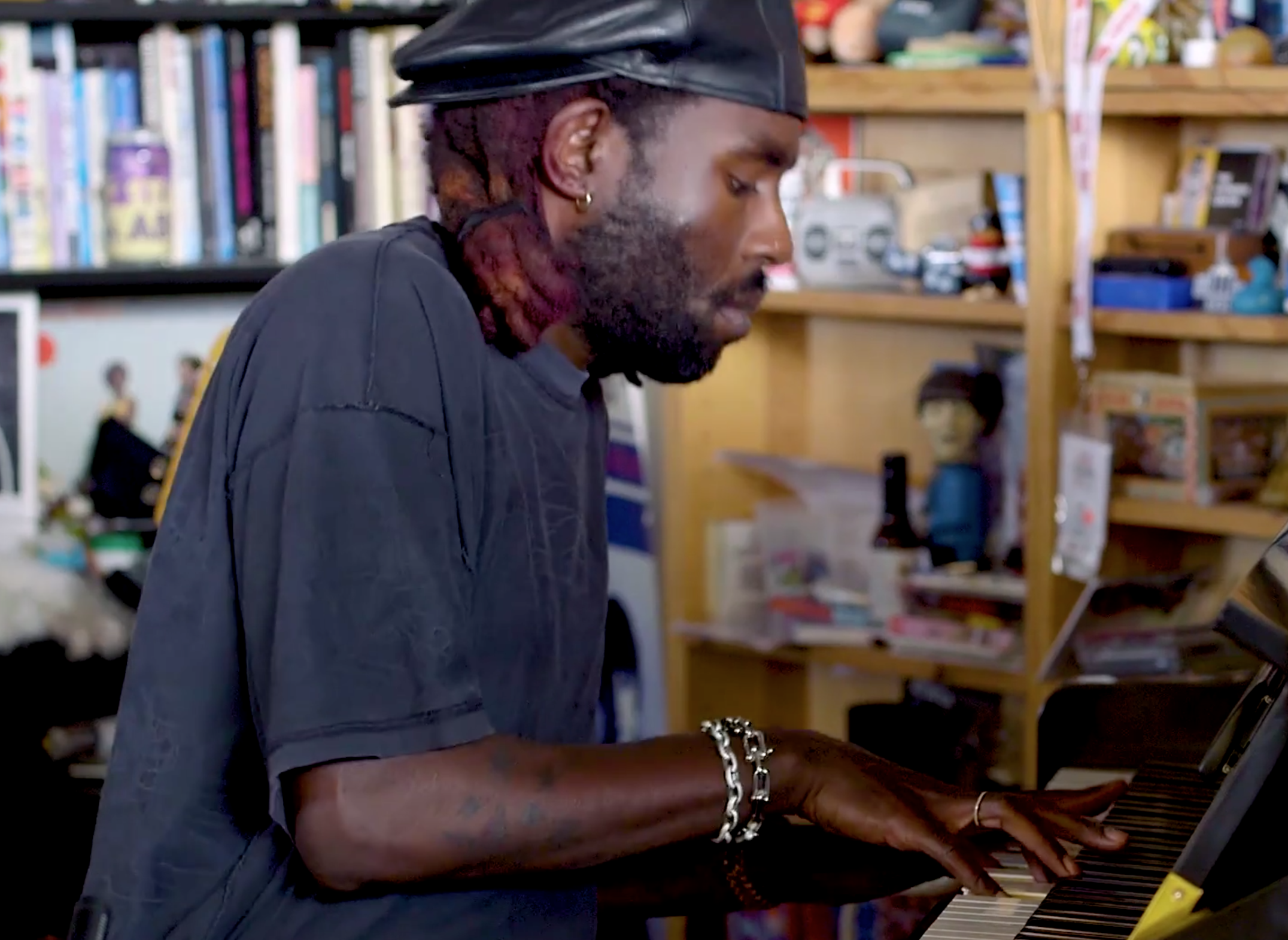 Blood Orange, otherwise known as Dev Hynes, was the latest guest on NPR’s Tiny Desk Concert video series. Hynes’ set was richly collaborative, opening with him accompanying his backing singers and spoken word artist Ashlee Haze on piano for a performance of “By Ourselves” from Freetown Sound. The bulk of his set, however, were tracks from his 2018 album Negro Swan: “Jewelry,” “Dagenham Dream,” and “Holy Will,” Hynes’ Clark Sisters interpolation which features lead vocals by Brooklyn R&B singer Ian Isiah.

Always impressive in his versatility, Hynes switched between piano, synth, and electric guitar during the stripped-down, percussionless performance. Hynes discussed how he didn’t write his songs to be stand-alone compositions, but rather to thread into one another, calling performing them in this way “interesting.”

Negro Swan was one of Spin’s top five albums of 2018. Read our review of the record here, and watch the NPR performance below.