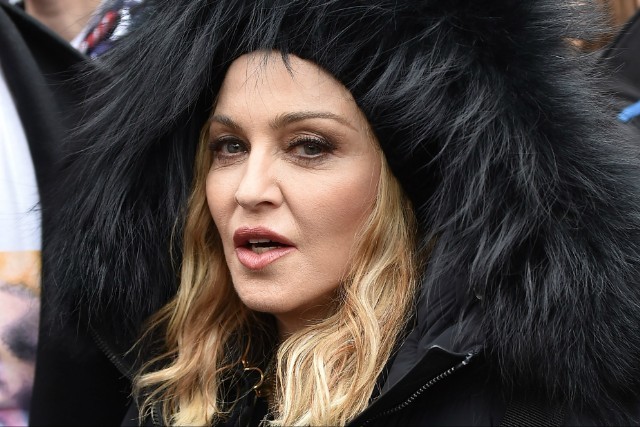 Fans at the Stonewall Inn started off 2019 with a big surprise: an unannounced performance by none other than Madonna.

The pop star was named an ambassador for the 50th anniversary celebrations commemorating the riots in 1969 at the iconic Greenwich Village bar that kicked off the modern LBGTQ movement, and just after midnight she showed up with her son David Banda to deliver a speech and perform two songs.

Accompanied by Banda on acoustic guitar, she led the crowd in a sing-along of “Like A Prayer” and covered Elvis Presley’s “Can’t Help Falling in Love.”

“I stand here proudly at the place where pride began, the legendary Stonewall Inn, on the birth of a new year,” she said. “We come together tonight to celebrate 50 years of revolution.”

The singer also made a call for peace in her speech, saying, “If we truly took the time to get to know one another we would find that we all bleed the same color and we all need to love and be loved. Let’s remember who and what we are fighting for — ourselves, for each other, but truly and most importantly, what are we fighting for? Let’s take a minute to reflect on how we can bring more love and peace into 2019, let’s look at how we can bring random acts of kindness. Maybe we can find an opening to bring the light in. Are you ready to do that?”

Watch fan footage of the performances below.

@Madonna, activist and friend, gave a surprise performance at stonewall. And she was everything you imagined to be. ❤ #ally #hiv #UEqualsU #madonna pic.twitter.com/Y7p5fffWdi