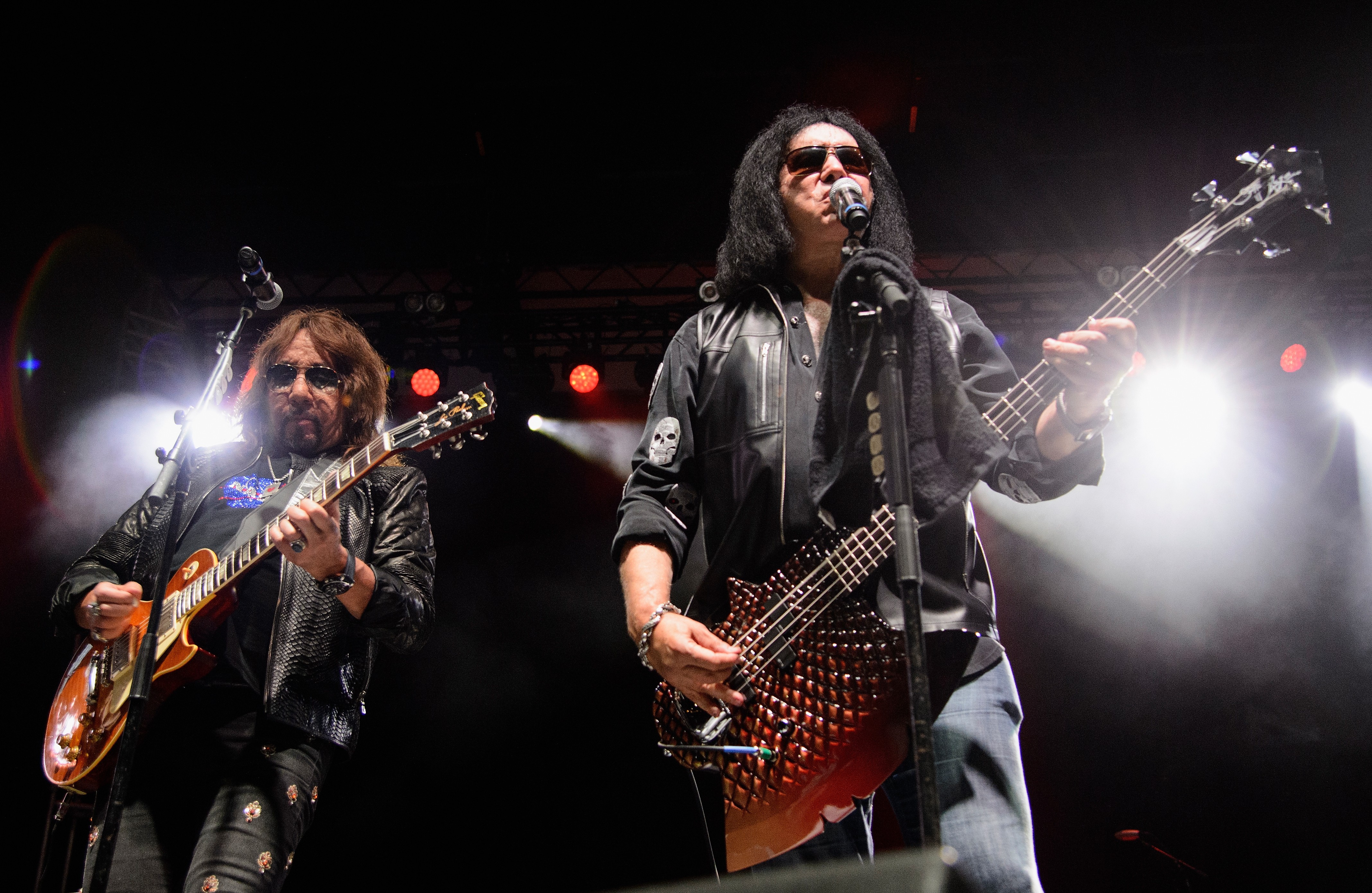 Founding Kiss guitarist Ace Frehley went after former bandmate Gene Simmons in a scathing Facebook post he shared on Tuesday. Beneath a photo of Frehley pointing at the camera with the words “THE GLOVES ARE OFF!!” pasted on, the guitarist criticized Simmons for comments the bassist made recently about Frehley’s purported alcohol abuse. “Ace and Peter have gotten three chances,” Simmons told Guitar World. “They were in and out of the band — fired — three times. For drugs, alcohol, bad behavior, being unprofessional… So the short answer… is we’d love to have Ace and Peter join us here and there. And if they don’t, it’s not going to be because of us.” Simmons later added, “Would we welcome Ace or Peter to jump up onstage for a song or two? Of course. Could we depend on either Ace of Peter to do a full set night after night? Not on your fucking life.”

Frehley wrote on Facebook that these repeated statements from Simmons cost him millions of dollars over the years. He also called Simmons and Paul Stanley “control freaks, untrustworthy and were too difficult to work with,” while claiming he quit the band twice and was never fired.

Frehley also alleged that Simmons sexually assaulted his wife. “The icing on the cake was when you groped my wife and propositioned her in Los Angeles at the Capitol Records building behind my back, when I was trying to help you out at one of your ‘Vault Experiences,’” he wrote. “I only found out about [the proposition] several weeks later. She was planning on pursuing a suit against you, but I told her to call it off!!!” Frehley also referred to Simmons as “an asshole and a sex addict who’s being sued by multiple women,” drawing attention to the bassist’s history of alleged sexual misconduct.

Frehley closed the post by writing, “Without a complete and heartfelt apology, an offer to give me my old job back, and removing Tommy [Thayer] from the Throne that I created… THE SHIT WILL HIT THE FAN AND THEY’LL BE NO STOPPING IT-IT’S ON!!!”

Simmons isn’t known for staying quiet, so it seems likely the two will continue publicly lashing out against each other for the foreseeable future. Read the full message below.