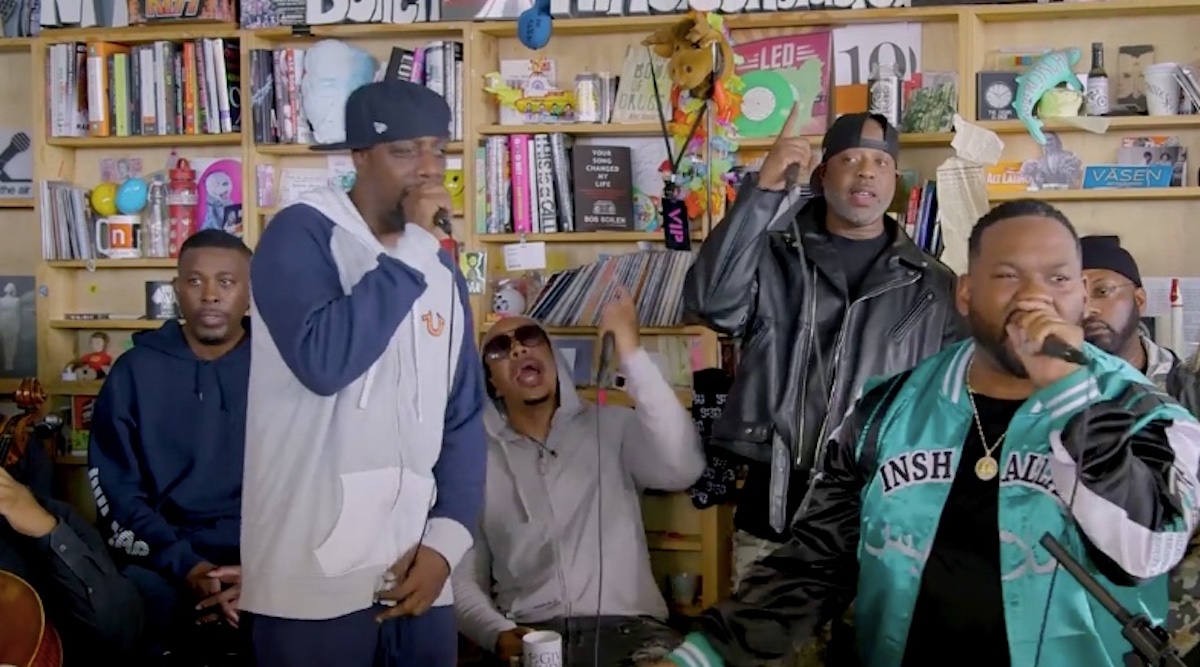 Twenty-five years ago, Wu-Tang Clan emerged with their seminal debut Enter The Wu-Tang (36 Chambers), and since then they’ve been a steady and omnipresent force in rap, influencing generations and spawning more than 50 albums between the Wu members and their affiliated friends. All that Wu history is certainly on display for the group’s Tiny Desk Concert for NPR, where they performed a medley of their notable records, including “Triumph,” “Protect Ya Neck,” and “C.R.E.A.M,” that resembled a traditional cypher between the crew.

RZA, GZA, Raekwon, Inspectah Deck, Masta Killa, U-God, and Cappadonna were all in attendance, along with Ol’ Dirty Bastard’s son, the appropriately-named Young Dirty Bastard. The 20-minute performance is a good reminder of how good the Wu have been for so long, save for an awkward moment of RZA talking about self-censoring his raps because of the #MeToo movement. Wu-Tang performed with The Green Project as their strings-only backing band, with RZA as the DJ.

Back in November, a documentary on Enter The Wu-Tang was released, titled For the Children: 25 Years of Enter The Wu-Tang (36 Chambers). The streaming channel Hulu also ordered a new show about the group’s origin titled Wu-Tang: An American Saga, which will be co-written and directed by RZA. Watch the Wu’s Tiny Desk below.