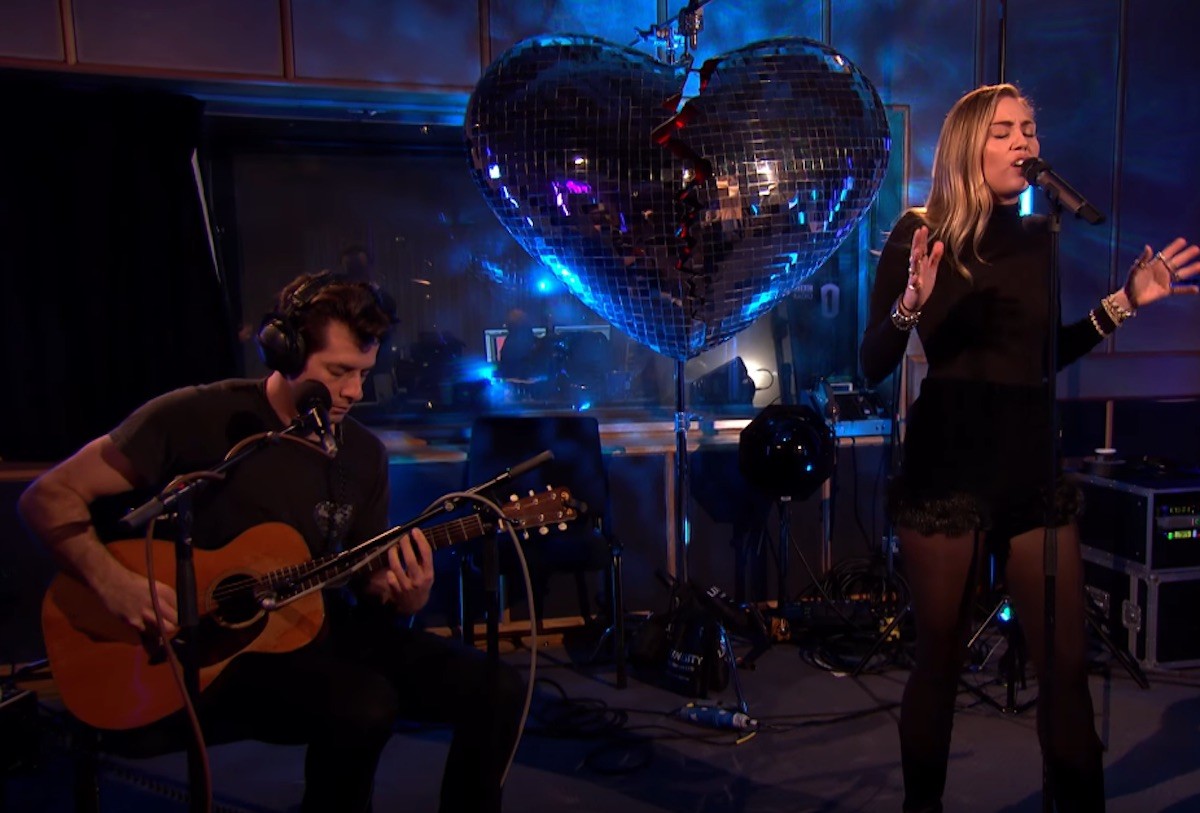 Fresh off their stint performing on Saturday Night Live over the weekend, Miley Cyrus and Mark Ronson paid a visit to BBC Radio 1’s Live Lounge where they did a rendition of Ariana Grande’s “No Tears Left To Cry,” the first single released from Grande’s charming album Sweetener. The Cyrus-Ronson version is a much more symphonic version, with Ronson playing on acoustic guitar while being backed up by a choir of violinists and Cyrus giving a breathier vocal performance than Grande’s.

The two also performed their new collaboration “Nothing Breaks Like a Heart,” which they recently played on Saturday Night Live, along with their holiday cover “Happy Xmas (War Is Over)” with Sean Ono Lennon. They also recently performed on The Graham Norton Show, where Cyrus and Ronson did a brief interview as well about their collaborative process. “Nothing Breaks Like a Heart” is slated to appear on Ronson’s forthcoming album, which also features Lykke Li, Yebba, King Princess, and more. Ronson teamed up with Diplo and Dua Lipa on the hit Silk Citysingle “Electricity” earlier this year. Cyrus’ latest album Younger Now was released in 2017. Watch the performances below.