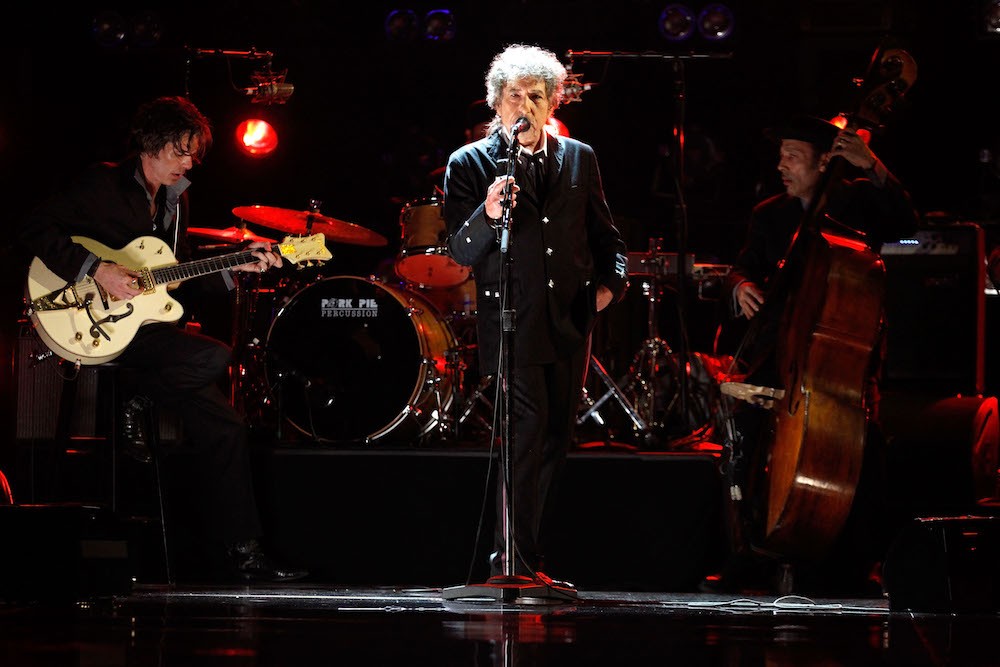 Calling out to Bob Dylan Let’s get together

Even setting aside Kanye’s weird year for a moment, and the bizarre format of this particular tweet, the prospect of him collaborating with Bob Dylan—or even just sitting in the same room and having a conversation—boggles the mind. Certainly, it’s hard to imagine them making good music together. But who knows, maybe they’d hit it off, at least. If nothing else, they could talk about what it feels like to be regarded as the voice of a generation, and the various productive and petulant ways each has dealt with that pressure over the years.

It’s also an interesting window into the life of Kanye: the impulse to meet Dylan (maybe he was spinning More Blood, More Tracks?), the realization that just tweeting about it is probably a decent enough way to arrange it, having enough power and status that it might actually happen. If it does, we hope they have fun on their play date.