First, it was a book. Then a hit movie. Then it became a Broadway musical. And now, the musical version is going to be adapted for film.

The Color Purple, the Alice Walker novel turned into a Steven Spielberg drama and later into a Broadway musical, is heading back to the big screen. Warner Bros. is developing a movie musical version of the Tony Award winner.

Oprah Winfrey, Quincy Jones and Scott Sanders, who produced the Broadway version, will produce the big-screen musical. Spielberg is back as well, joining the group as a producer.

Both the movie and stage productions adapted the 1982 novel by Walker. The triumph-over-adversity story follows the decades-spanning tale of a black woman named Celie, who grows up in intense poverty in the American South and endures harsh treatment from her stepfather, husband and others in her life, which tests her faith in God and humankind. 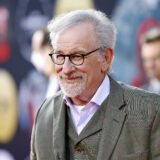 Walker won the Pulitzer Prize for fiction, becoming the first black woman to do so. Whoopi Goldberg starred as Celie in Spielberg’s movie, which earned 11 Oscar nominations; it didn’t win any. Winfrey, making her feature acting debut, also earned a nomination.

The musical, with a book by playwright Marsha Norman, and music and lyrics by Brenda Russell, Allee Willis and Stephen Bray, hit Broadway in 2005, earning 11 Tony nominations. It didn’t win best musical, but the 2016 revival that starred Cynthia Erivo won two Tonys, including best musical revival, as well as a Grammy and an Emmy. The musical also changed the demographics of Broadway attendance, with Purple pulling in 50 percent of its audience from the black community as opposed to the normal single digits. The musical has grossed more than $350 million, with the help of the many touring versions that have circulated the country.

“We’re really excited to create a film that translates the heart and emotion we found in telling this generational story on stage,” Sanders said. “This is an incredibly powerful drama that needs to be shared.”

The project is in the early stages of development and will next look to land a writer. No casting decisions have been made and it has not been determined whether Erivo, who now has a budding screen career with movies such as Widows, would star.