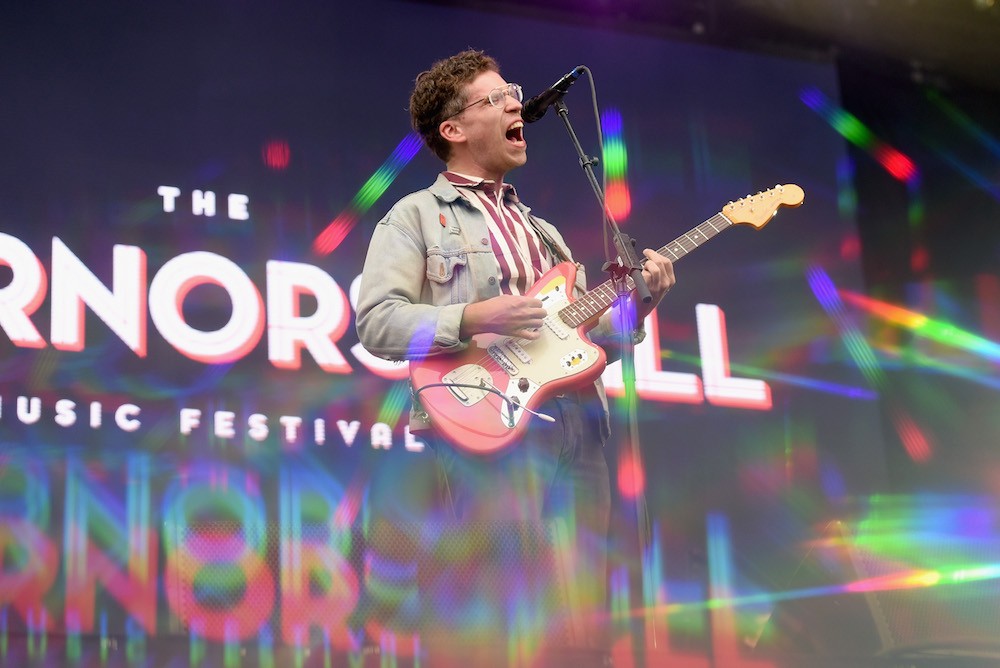 Neil Young’s 1982 album Trans is one of the great left turns in rock music history—an aggressively synthetic record, full of stiff sequenced synths and chilly vocoderized singing, from a guy best known for ragged rock ‘n’ roll and homespun folk. Brooklyn’s Parquet Courts also made an unexpected swerve recently (though not quite such a big one), adding some funk to their nervy punk songs and dressing them up in noirish production from Danger Mouse. Fitting, then, that the band would choose to cover “We R in Control” from Trans when asked to contribute to Amazon’s Originals series of exclusive tracks.

Parquet Courts manage both to stay faithful to Young’s original recording and make it their own, ditching the ’80s robot voice but keeping the paranoia and tightly wound backbeat. “I’m a big fan of whenever an artist does something different from what they’re known for – for instance, Bob Dylan’s gospel/Christian period,” the band’s Austin Brown said in a statement about the cover. “And I have a similar affection for Neil Young’s electronic record Trans. This is my favorite song off it. We actually started it during the Human Performance sessions where we were trying to do something different as a band too, so it seemed kind of appropriate.”