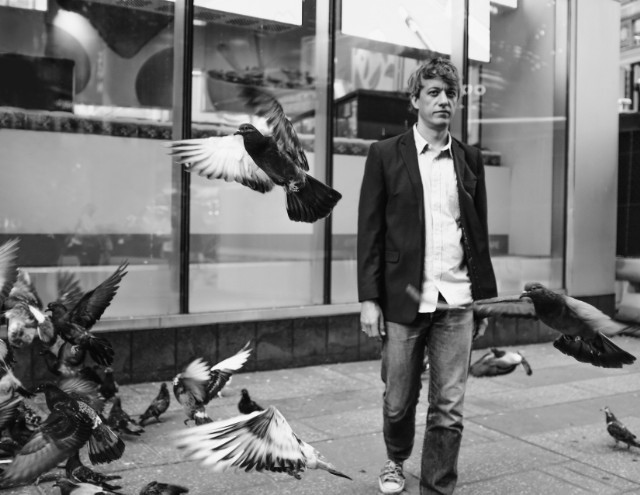 Steve Gunn’s career has run on parallel tracks in recent years. On one side, he is a stalwart of the psychedelic underground, a guitarist who adventures freely between fingerpicked folk and rapturous Hendrixian noise on small-label albums by his Gunn-Truscinski Duo and collaborations with various friends. On the other, he is an increasingly high-profile singer-songwriter, signed to Matador, making breezy road-worn rock records that could easily sit alongside those by his old bandmate Kurt Vile, or Vile’s old bandmates in the War on Drugs. Last year, Gunn-Truscinski Duo released Bay Head, a career highlight in the former category, and now Gunn has announced The Unseen In Between, a new entry in the latter.

The new album was produced by Gunn’s frequent collaborator James Elkington, and features guest appearances from musicians including Meg Baird and Bob Dylan bassist Tony Garnier. Today, Gunn released the album’s opening track, “New Moon,” with a glistening midtempo groove that might put you in the mind of recent work by labelmates Yo La Tengo. Gunn backgrounds his virtuosic guitar work in favor of simple strumming, letting his distinctive voice take the lead instead.

The Unseen in Between will be released via Matador January 18. You can hear “New Moon” below.