Steve Gunn is a journeyman of folk, rock, and experimental music. Over the last decade and change, he has released quietly contemplative albums as a singer-songwriter, taken fiery adventures as a solo guitarist, done time in Kurt Vile’s backing band the Violators, and collaborated with noise rock bands and earthy acoustic ensembles alike. In a catalog filled with fascinating moments, his instrumental music with drummer John Truscinski stands out. The two have been playing together in various configurations for 12 years, and released their first album as a duo in 2010, situating traditional country-blues picking and rock improvisation within the vast mono-chordal expanses of Indian classical music and modal jazz. Bay Head, their third, is the most immediately gripping Gunn-Truscinski Duo album yet, with an openhearted spirit and newfound concision that could appeal even to fans who prefer Gunn’s comparatively sedate song-oriented work.

After a brief scene-setter, Bay Head opens with “Seagull for Chuck Berry.” Last month, Gunn explained to SPIN that he and Truscinski sometimes took direct inspiration from the late rock’n’roll godfather named in the title. But you’ll find very little of the nervy, sexed-up energy that characterizes Berry’s playing on on Bay Head. “Seagull” itself is a patient meditation, soaring with the ease of a hawk riding a thermal and crashing in a spectacular squall of feedback. Both soul-soothing and face-melting, it’s how Gunn’s sometime tourmate Lee Ranaldo might have sounded like if he’d more openly channeled his die-hard Grateful Dead fandom while playing in Sonic Youth.

Roughly split across the album between electric and acoustic, Gunn’s guitar sometimes suggests other luminaries as reference points–Richard Thompson when he’s exploring the curlicues of a particularly slinky line, Neil Young when he fixates on a single note with tactile intensity, Sandy Bull when he navigates passages of dense dissonance, Oren Ambarchi or even Jimi Hendrix when he indulges in harmonic-drenched distortion. Any connection with Berry is spiritual: both are musicians who understand the transcendent power of the American landscape and the open highway. But Gunn’s reserve and compositional imagination remain his own.

With his fluid, almost melodic drumming style, Trunscinski tends to offer thoughtful counterpoint to Gunn’s guitar rather than bashing out steady backbeats or taking scene-stealing solos. He also played on Gunn’s three acclaimed recent solo albums, which share the duo’s rambling sensibility and widescreen vision of American music, but package them in mellow songs with verses and choruses, led by Gunn’s weathered singing voice. It’s possible that those albums informed their approach to Bay Head, which uses simple and powerful musical ideas as springboards for improvisation in tracks that rarely stretch out for longer than three to five minutes. A track like “Ocean Parkway,” the 10-minute opener to Gunn-Truscinski duo’s 2012 second album of the same name, traversed several minutes of gnarled drone before reaching its heroic main theme. By contrast, Bay Head’s sprightly “Flood and Fire” and “Sugar” almost operate like pop tunes, getting straight to the point and prioritizing compact narrative over immersive sprawl. (Longtime fans may come away with the hope that the influence will someday run the other way: it would be a thrill to hear a Gunn solo record with Bay Head’s looseness, eclecticism, and volcanic eruptions of guitar.) 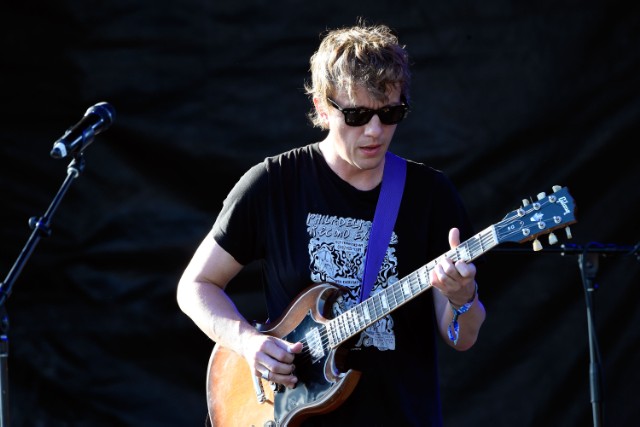 What ultimately distinguishes Bay Head is the hard-won intimacy between its two players. If you weren’t already aware of their rich collaborative history, you might intuit it while listening to “Quiet Storm (Taksim III).” In its second half, Gunn is a whirlwind of physicality, releasing flurries of clustered notes and chunks of harmony, while Truscinski lopes contentedly behind him, as if daydreaming. Then, Gunn takes up a small circular figure and repeats it several times like a clarion call, and Truscinski responds almost immediately. The drummer subtly shifts his gait, adding a few extra snare hits to match his partner’s rhythm, and suddenly the two are playing in thrilling lockstep. This meeting is a quiet triumph, but moments after they make it, they diverge. It takes musical communication skills that only come after years of playing together in the same room to arrive at such a place. It takes something even deeper to confidently leave, knowing that you’ll see each other again at some point down the road.