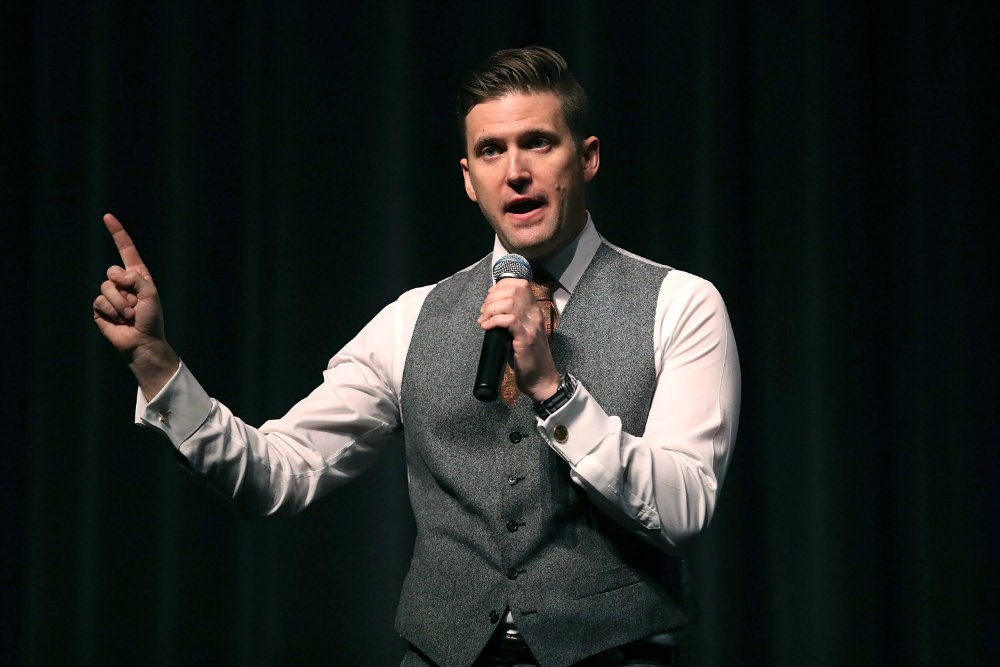 Avowed white supremacist Richard Spencer is accused of horrific instances of domestic abuse by his estranged wife Nina Kroupiianova in divorce filings obtained by BuzzFeed. According to the documents, Kroupiianova, who married Spencer in 2010 and has two kids with him, accuses the high profile neo-Nazi of being “physically, emotionally, verbally, and financially abusive.” The physical abuse allegations include “being hit, being grabbed, being dragged around by her hair, being held down in a manner causing bruising, and being prevented from calling for help.” In one instance, Kroupiianova accuses Spencer of trying to punch her when she was nine months pregnant. She also claimed that Spencer’s “controversial public life,” which entailed leading tiki torch mobs of neo-Nazis through the through the streets of Charlottesville, endangered her and the young children she shares with Spencer.

Kroupiianova described an incident she said took place in 2011, in which she alleges Spencer physically dragged her down the stairs of their home when she was ill.

“I was very sick with the stomach flu, could not keep food or water down, and wanted to stay in bed recovering. Mr. Spencer wanted to watch a movie downstairs and did not take ‘no’ for an answer,” Koupriianova wrote in the court docs. “He dragged me out of bed by my arms, legs, and hair, dragged me down the stairs, and threw me onto the couch. At that point he calmed down and turned on his movie. The incident resulted in bruises.”

Kroupiiana, who once shared a home with Spencer in Whitefish, Montana, claimed that many of the instances of alleged abuse occurred in front of their children.

In the filing, Kroupiianova included extensive records of emails, text messages, and transcripts of phone calls to bolster her claims. In one email exchange from 2014, Kroupiianova tells Spencer, “I am not ready to converse with you after what you’ve done. My jaw is bruised.” To that, Spencer replied, “I’m sorry, and I feel terrible.”

“I dispute many of her assertions,” Spencer said in the docs, adding that he “denies each, every, and all allegations.”

In a separate affidavit, Spencer said Kroupiianova “obviously and litigiously tries to rope the children into our dispute by saying they they were in the room next door or they overheard abusive talk.”

We reached out to Spencer for comment and will update if we hear back. Screenshots of Kroupiianova’s correspondences with Spencer can be seen here.

Our Favorite Memes of Richard Spencer Getting Punched in the Face

Killer Mike on the Run the Jewels Edit of Richard Spencer Getting Punched: “This Is Amazing”