Cardi B Turns Herself in to Police Over Strip Club Fight 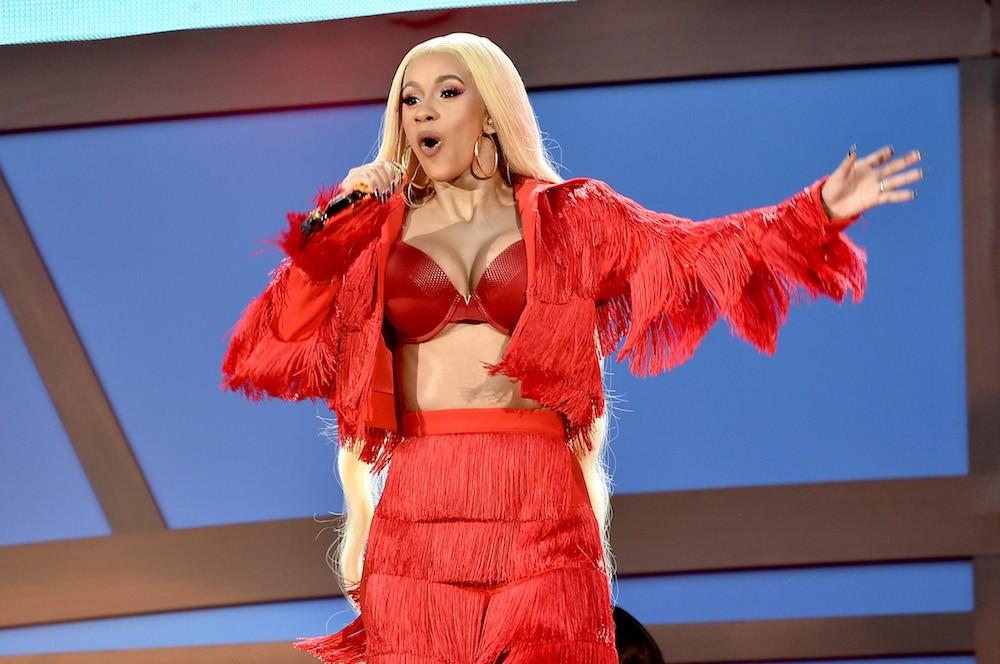 Cardi B surrendered to police Monday morning regarding her alleged role in a fight at a Queens, New York, strip club in late August, multiple outlets are reporting. No charges against the rapper have been formally announced, but according to TMZ, she will likely be charged with two misdemeanors—reckless endangerment and disorderly conduct—and will not be arrested, but served a summons to be appear in court at a later date.

The fight happened August 29 at Angels Strip Club in the College Point neighborhood, where Migos was performing. According to TMZ, Cardi confronted two bartenders at the club, named Jade and Baddie Gi, and allegedly ordered her friends to attack them with chairs, bottles, and a hookah. The bartenders told the gossip site that Cardi believed one of them had slept with Offset, whereas Cardi’s side said the fight happened because someone threw a drink.

Photos from NBC New York showed Cardi B arriving at an NYPD precinct Monday morning, shielding her face with umbrellas.

Cardi was in the news for a fight previously in September, when she got into a physical altercation with Nicki Minaj at a fashion week party in New York. No charges were filed in that incident.

Cardi was just officially arrested and charged with two misdemeanors, assault and reckless endangerment. We’re told she had a mug shot taken and was fingerprinted. The rapper is scheduled to be arraigned on October 29.