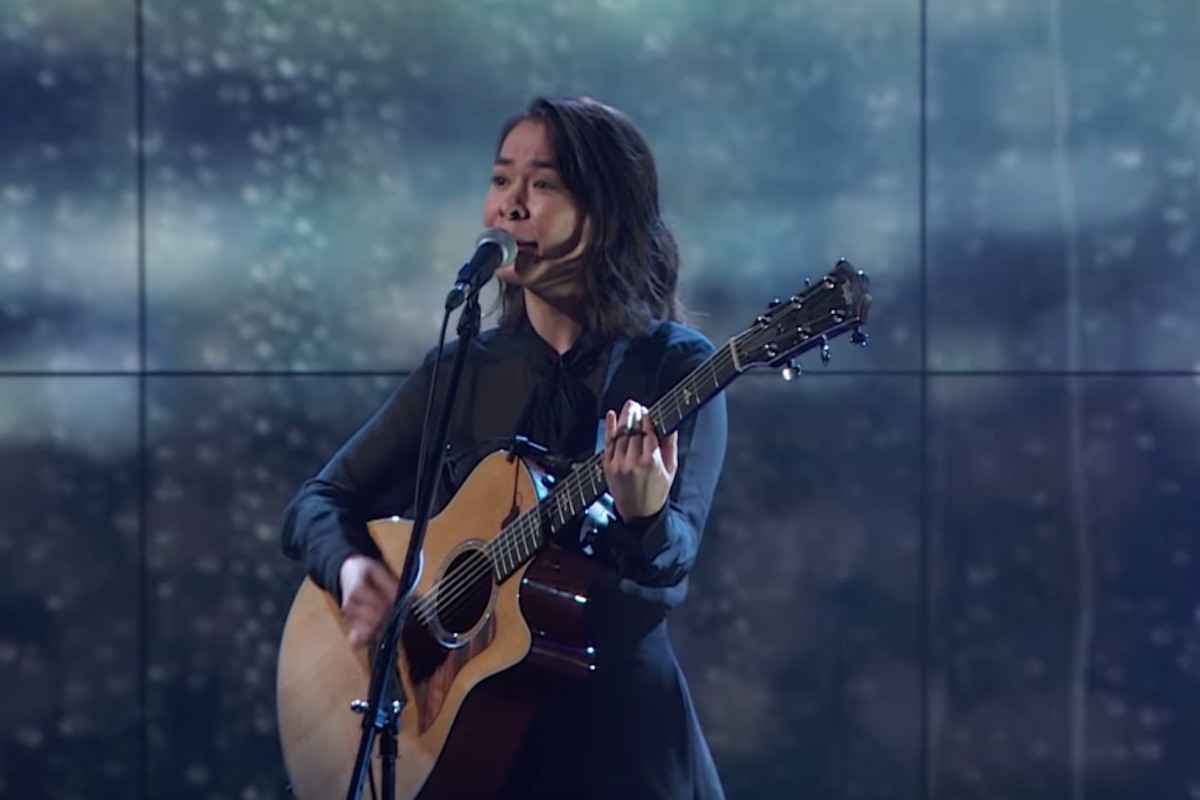 Mitski continued the promotion of her latest album, Be The Cowboy, by appearing on yesterday’s episode of The Daily Show to talk about the record and perform the single “Geyser” for the audience. During her sit-down conversation with host Trevor Noah, Mitski shared the ethos of “being the cowboy,” the loneliness of touring, and writing for others.

She also discussed how she feels about the “gendered criticism” of her music:

“I go back and forth, ’cause on one hand, I would like the audience or the listener to get whatever they need to out of the song, so if they need to imagine me writing in my diary, then I guess that’s healthy. But the thing is, it’s so gendered, you know? I don’t think I would get as many critiques where people say my music was confessional or raw if I wasn’t who I am. And I think there’s so much effort in taking away my authority or autonomy over my own music.”

Mitski would later argue that those viewing her through this prism seem to “really need to imagine me as some sort of vessel for emotion or vehicle for music instead of the creator.” She also performed a tender version of “Geyser.” Mitski is currently gearing up to go on tour for the fall. Watch the performance and interview below.