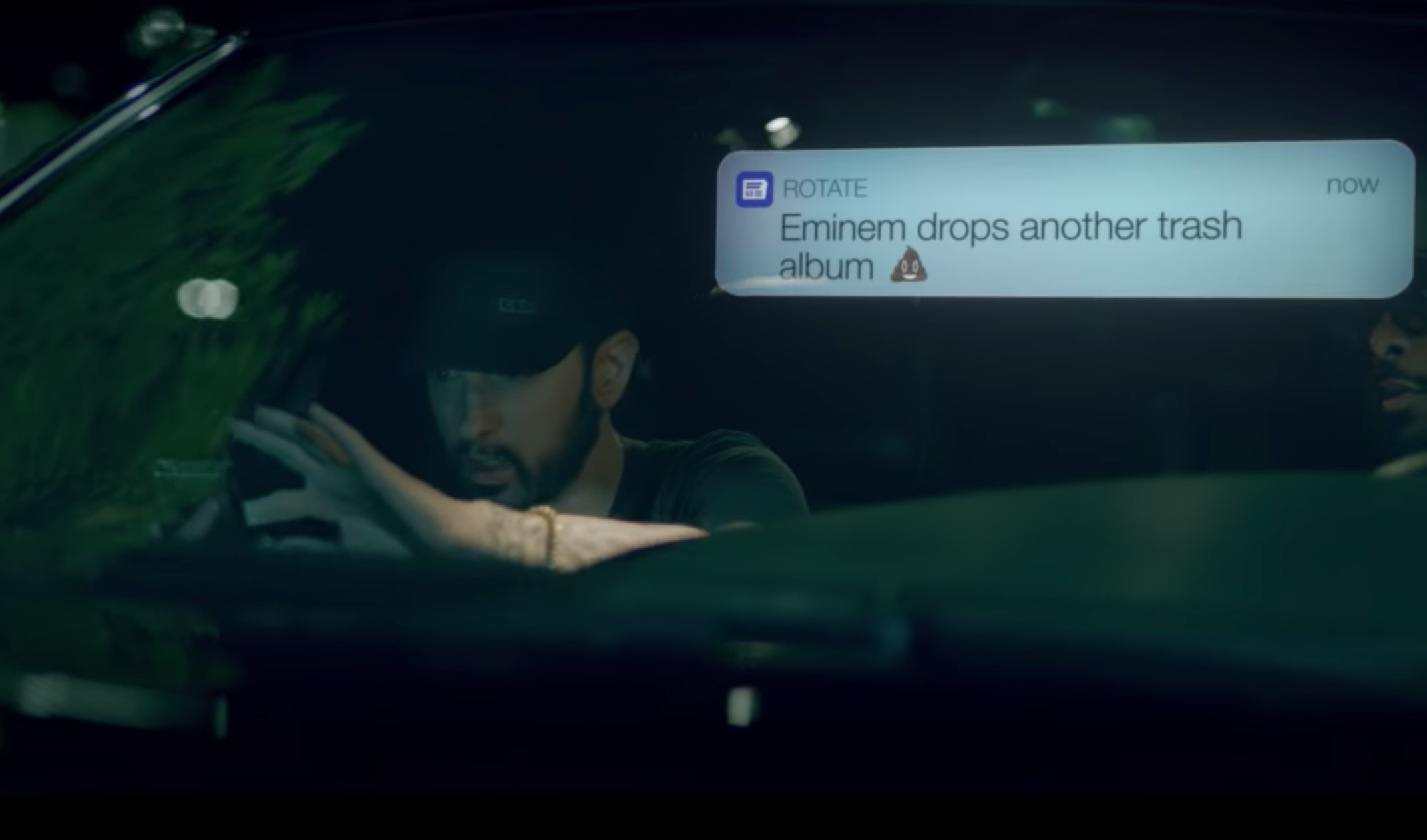 Eminem has posted a video for the controversial track “Fall” from his latest studio album Kamikaze, which the rapper released without warning on Friday. The song, which was co-produced by Mike WiLL Made-It, features vocals by Bon Iver’s Justin Vernon, who said he was not in the studio for the making of the track and has voiced his disapproval for the “message” of the song.

The irritatingly dimly-lit new clip, needless to say, does not feature Vernon. It begins with a fantastical set piece: Eminem being bombarded by seemingly endless, unsolicited push notifications of negative reviews of his December album Revival. The sequence is an all-too-perfect setup for the song, which largely consists of Eminem swatting off and insulting his haters by name with overzealous wordplay (“You would think I’m carrying an Oxford Dictionary in my pocket,” he boasts at one point, further betraying his bizarre idea of what constitutes good rap music). Eminem spends the part of the video during which he is not rapping into the camera running from a shadowy, oily-looking monster (a metaphor of sorts, no doubt!). In the clip’s final moments, Mr. Oil catches up with him; you’ll have to sort out the significance of that moment for yourselves, viewers.

The fate of “Fall” as a commodity remains to be seen: In a tweet last week, Justin Vernon vowed to “kill” it, though there’s been no evidence to show that steps have been taken toward burying the song in any way. More as it unfolds. For now, watch the exhaustingly self-serious “Fall” clip below.