Today, Nicki Minaj used her Beats 1 show Queen Radio to double down on her supposedly “totally sarcastic” comments about Travis Scott illegitimately having the No. 1 album in the country over her own album Queen.

“What we’re not gonna do is have that Auto-Tune man selling fucking sweaters telling you he sold half a million albums, because he fucking didn’t. You stupid fuck. You got your fucking homeboy talking for you and you got your girlfriend selling tour passes. Stop it. Knock it the fuck off,” Nicki said, in what has become the strangest one-sided beef this year. “When [Travis] comes along and sells a tour pass that has nothing to do with his fucking music and says he’s sold more than Kanye West and Nas—no you fucking didn’t, keep it the fuck real. I know I’m that bitch, I know I’m No. 1.”

Nicki is right that Scott had a merchandise bundle on his website that helped prop up his album sales, and she is also right that this move of gaming the numbers abuses the charts, a frequent tactic in the music business’ “steroids age.” Of course, what she doesn’t mention is that she did the same thing. According to a Billboard report, Both Queen and Scott’s Astroworld “saw sales bolstered by an array of merchandise/album bundles, alongside a concert ticket/album sale redemption for their subsequent tours.” If you go to her website right this second, you can see various shirts and even hoodies being packaged along with her album.

There’s also the fact of the matter that the numbers don’t really support her argument. Billboard also states that Astroworld, in it’s second week, sold just over 78,000 units in traditional album sales while Queen sold just under 78,000 units. Those numbers are essentially a wash, but Travis outpaced Nicki on streaming, with Astroworld garnering 125,000 streaming units and Queen only getting 97,000 units. Nicki feels passionately about being denied a No. 1 album that she didn’t actually attain and in the process exposed the fallacy of what a No. 1 in 2018 actually is, which is mostly meaningless. 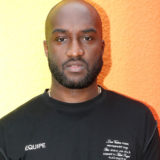 Still, Nicki maintains that this is all just funny and not serious to her.

“Having said that, none of this is some serious anger shit. No—we are in a time right now where black music is prospering. And I am one of the people who, I’m so excited to see where rap has come from and where we are. But right is right and wrong is wrong,” Nicki says, in an extremely potent example of “I’m not mad, I just think it’s funny.”

It doesn’t seem like Nicki Minaj will eave this alone for some time. In the process of calling out Travis Scott, she quickly reminded her audience of her time fighting with Billboard and the RIAA over counting streaming as part of album sales. “Some of y’all favorite artists need them streaming points. Shout out to Chance the Rapper. Let it be known Onika was one of those people fighting.”