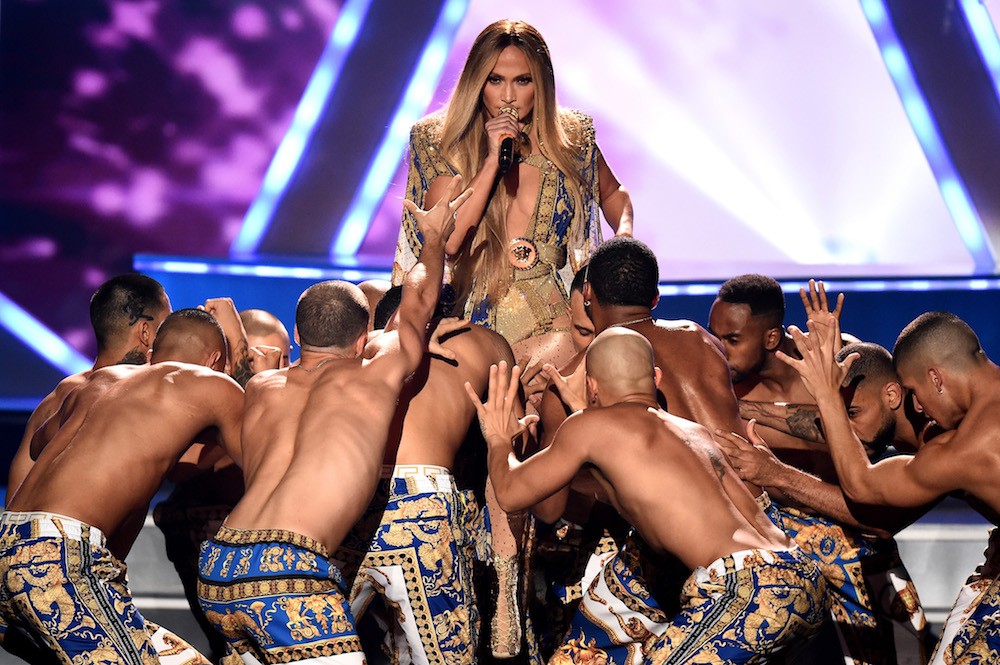 Jennifer Lopez is the recipient of this year’s Michael Jackson Video Vanguard award at the MTV Video Music Awards. As part of her acceptance, J. Lo put on an epic performance of her biggest singles commemorating the occasion and an illustrious career of memorable videos, including classics like “Waiting for Tonight,” “Jenny From the Block,” and “I’m Real,” the latter featuring a surprise Ja Rule appearance.

J. Lo is the first Latina to ever win MTV’s lifetime achievement award, named after Michael Jackson for how he revolutionized the music video. Lopez is also nominated for two VMA awards this year for “Best Collaboration” and “Best Latin Video” for her song “Dinero” featuring DJ Khaled and Cardi B.

Watch her VMA performance below.