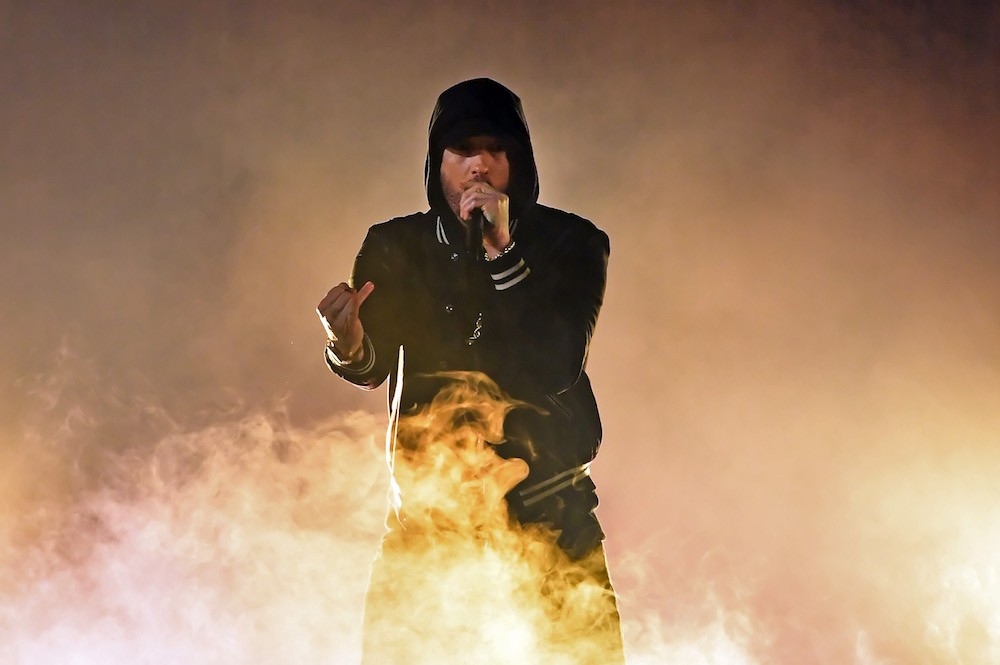 Maybe the coffee pot was just a little too hot. On “The Ringer,” the first track on his surprise-released new album Kamikaze, Eminem spends a lot of time taking shots at up-and-comers like Lil Yachty, Lil Xan, and Lil Pump, then pauses to reflect on his BET hip-hop awards freestyle from last year. That verse was all about the president, and included a message to listeners that he was “drawing in the sand a line”: if you like Trump, you’re not welcome as an Eminem fan.

As music, it was a little heavy handed, but as politics, it was daring, coming from an artist who surely has a lot of of Trump supporters as listeners. Now, it sounds like Em is not so sure it was the right move. Here he is on “The Ringer.” Via Genus:

‘Cause I feel like the beast of burden
That line in the sand, was it even worth it?
‘Cause the way I see people turnin’
Is makin’ it seem worthless
It’s startin’ to defeat the purpose
I’m watchin’ my fan base shrink to thirds
And I was just tryin’ to do the right thing, but word
Has the court of public opinion reached a verdict
Or still yet to be determined?
‘Cause I’m determined to be me, critique the worship
But if I could go back I’d at least reword it
And say I empathize with the people this evil serpent
Sold the dream to that he’s deserted

It’s hard to feel too bad for Em about losing fans, considering that was explicitly the point of those lyrics from the BET freestyle. (“And if you can’t decide who you like more and you’re split / On who you should stand beside, I’ll do it for you with this: ‘Fuck you!’”) He also says the Secret Service showed up at his house to question after the BET freestyle aired, and kind of hilariously accuses the president of being afraid to face him in a rap battle. Again from Genius:

But I think it’s workin’
These verses are makin’ him a wee bit nervous
And he’s too scurred to answer me with words
‘Cause he knows that he will lyrically get murdered
But I know at least he’s heard it
‘Cause Agent Orange just sent the Secret Service
To meet in person to see if I really think of hurtin’ him
Or ask if I’m linked to terrorists
I said, “Only when it comes to ink and lyricists.”

If the battle ever happens, we advise that Trump take the B-Rabbit strategy: “I know everything he’s about to say about me / I am orange, I am a fucking racist,” and so on.