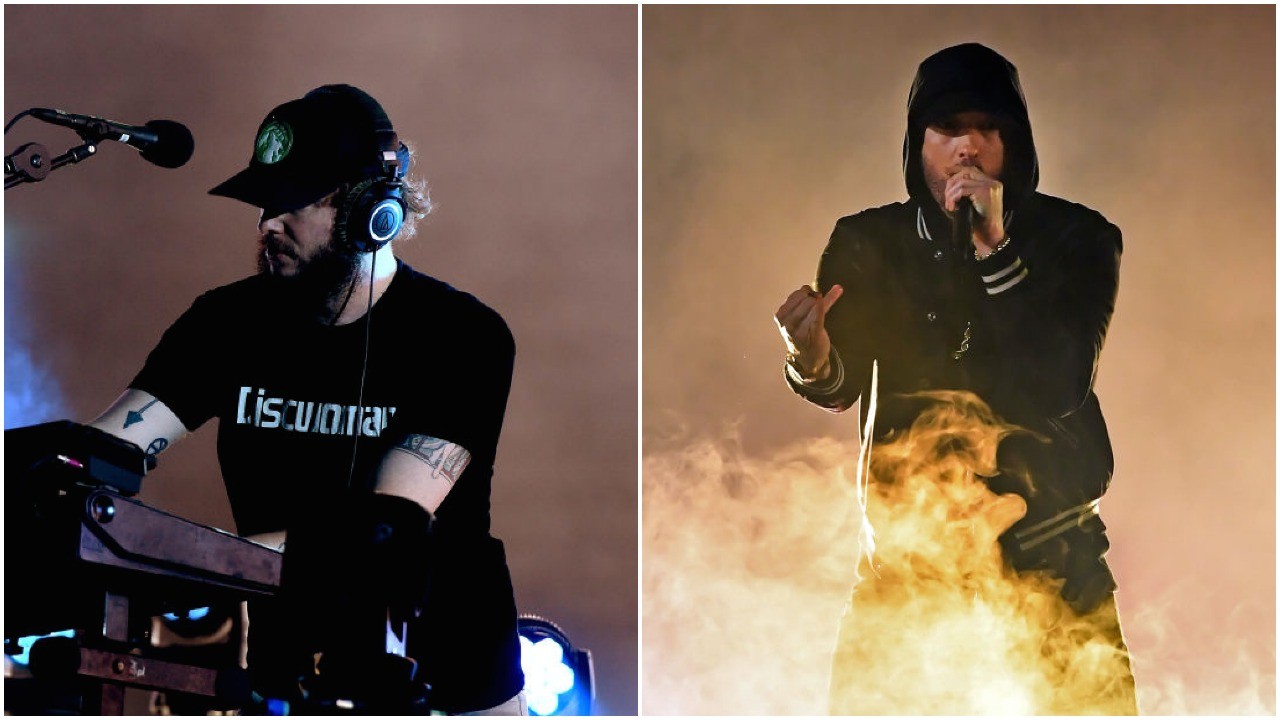 Bon Iver’s Justin Vernon was the most surprising guest on Eminem’s surprise new album, Kamikaze, which the rapper released last night. Vernon’s vocals are featured in the hook for one of the record’s more purposefully controversial tracks, “Fall,” on which Eminem calls out a whole host of people and entities, including his former associate Joe Budden, DJ Akademiks, Lord Jamar, Pitchfork (“I might have to fuck Pitchfork with a corkscrew”), and, most vociferously, Tyler, the Creator and Earl Sweatshirt. “Tyler create nothin’, I see why you called yourself a faggot, bitch,” Eminem rhymes on the track.

In response to a commenter on Twitter today, Justin Vernon clarified that he had very little involvement with the direction of the track, and claimed that he and Eminem were never in the studio together. The song came, Vernon explained, from a session he did separately with producers BJ Burton and Mike Will Made It. Vernon said he was “not a fan of [the song’s] message, it’s tired. Asked them to change the track, wouldn’t do it.”

Was not in the studio for the Eminem track… came from a session with BJ Burton and Mike Will. Not a fan of the message, it’s tired. Asked them to change the track, wouldn’t do it. Thanks for listening to BRM https://t.co/E0wmt732ty