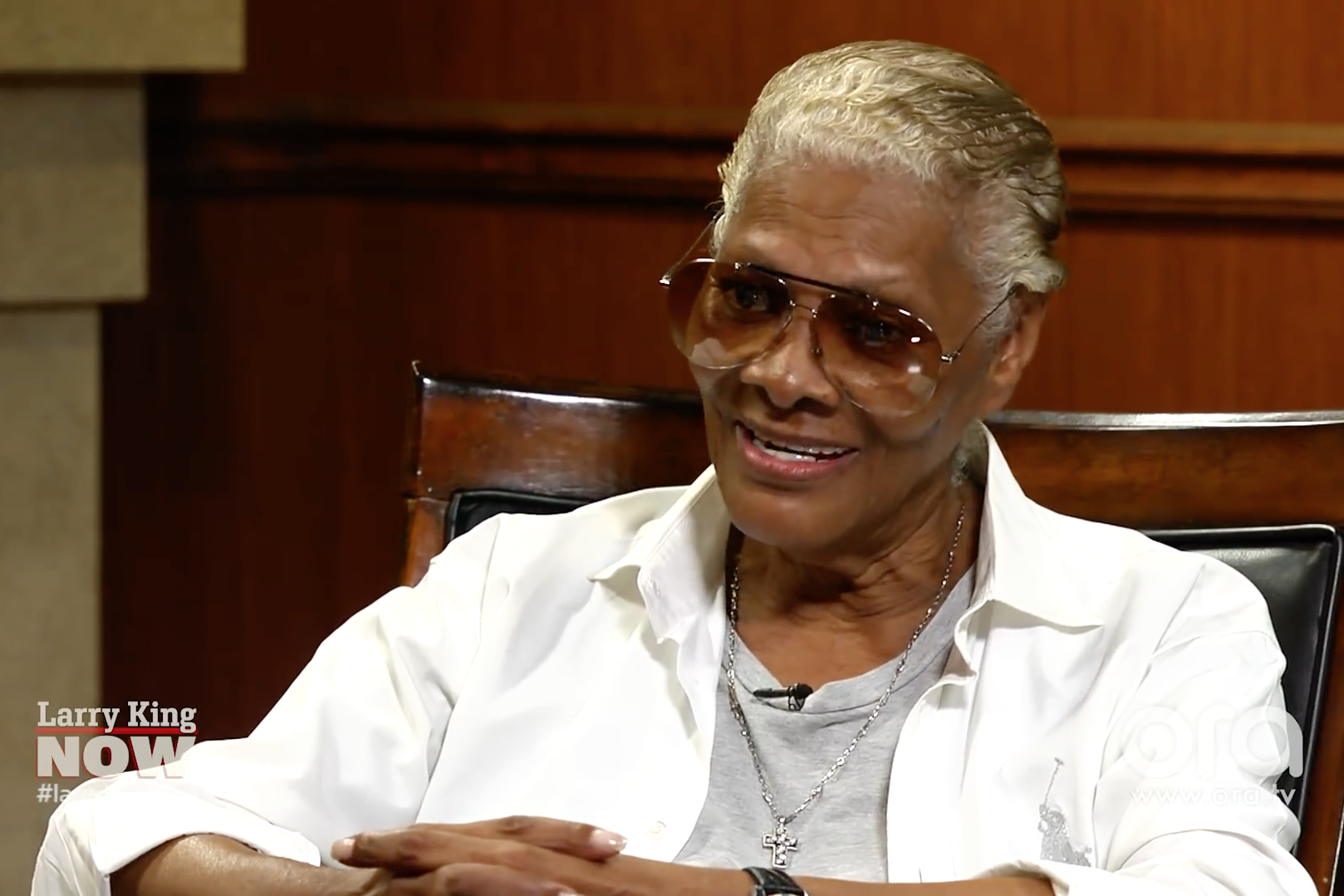 In a clip from a forthcoming interview with Larry King, singer Dionne Warwick speaks out against Whitney, the recent documentary about the life of Whitney Houston, and its filmmakers’ decision to include sexual abuse allegations against Warwick’s late sister Dee Dee Warwick. In Whitney, Houston’s half-brother Gary Houston said both he and Whitney were molested as children by Dee Dee, their older cousin. Houston’s former assistant also told filmmakers that Whitney had confided in her about a childhood experience of abuse.

Last month, Houston’s mother Cissy Houston issued a statement to People on behalf of herself and Dionne Warwick expressing skepticism and moral objections, writing, “We cannot, however, overstate the shock and horror we feel and the difficulty we have believing that my niece Dee Dee Warwick (Dionne’s sister) molested two of my three children. … IF [Whitney] was molested I do not believe she would have wanted it to be revealed for the first time to thousands, maybe millions of people in a film.”

Now, Dionne Warwick herself has responded to the abuse claims, and she put things more bluntly. “First of all, it’s totally hogwash,” Warwick said. “My sister would never, ever have done anything to do any harm to any child, especially within our family. For those lies to be perpetuated in this so-called documentary film, I think, is evil. … I will never, and I mean this, ever forgive those who perpetuated this insanity.”

Dee Dee Warwick died in 2008 and Whitney Houston in 2012, meaning the matter may rest here—publicly, at least. Watch a clip from Dionne Warwick’s upcoming television interview below.