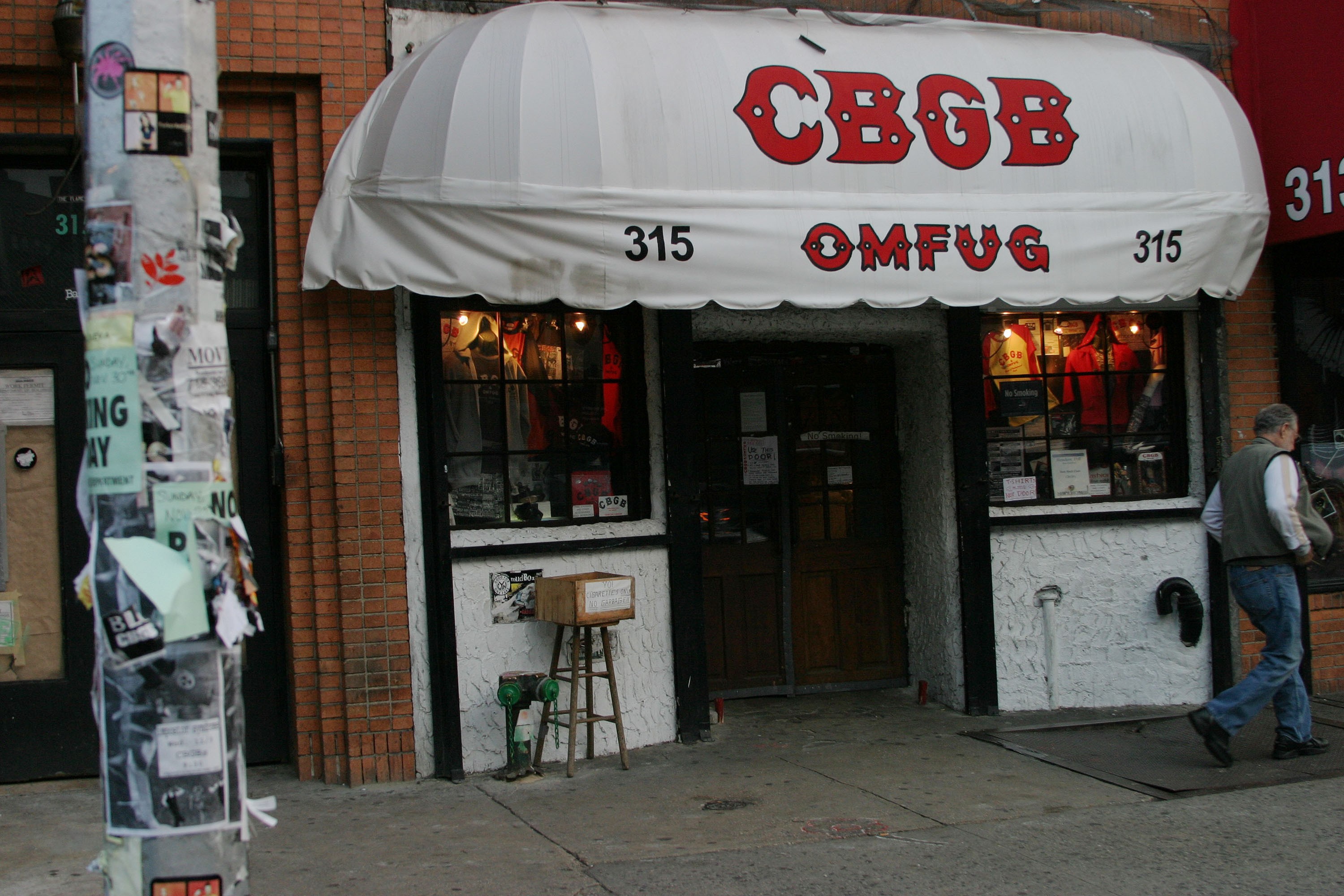 This past weekend, Target provoked the ire of many different varieties of New York City music fans by recreating an East Village street scene from late 1970s and early ’80s, to celebrate the opening of their new location in the neighborhood. One of the “buildings” outside the store was a goofball take on the legendary defunct rock club CBGB, with “TRGT” and “BANDS” swapped in for the lettering on the original’s iconic awning. “Bands,” as it turned out, referred  not to music, but complimentary Band-Aids and exercise bands with Target logos on them. A sign in the store’s window—placed next to other Target-branded items—read “The Resistance”.

Now, after no small amount of public backlash (including from the East Village Community Coalition), Target has apologized for the publicity stunt, the New York Times reports. “We often host a one-day celebration that shows the neighborhood how excited we are to be part of their community,” Target’s statement read. “We sincerely apologize if some eventgoers felt it was not the best way to capture the spirit of the neighborhood. We always appreciate guest feedback and will take it into consideration as we plan for future opening events.”

In conclusion, gentrification-on-steroids in New York City reached a bizarre new low this week. Read more about the backlash to the display in the NYT.

Full disclosure: I actually shop at Target. But this – as part of the new store in the East Village – spits in the face of everything CBGB stood for. pic.twitter.com/3Pz9MmsaLo