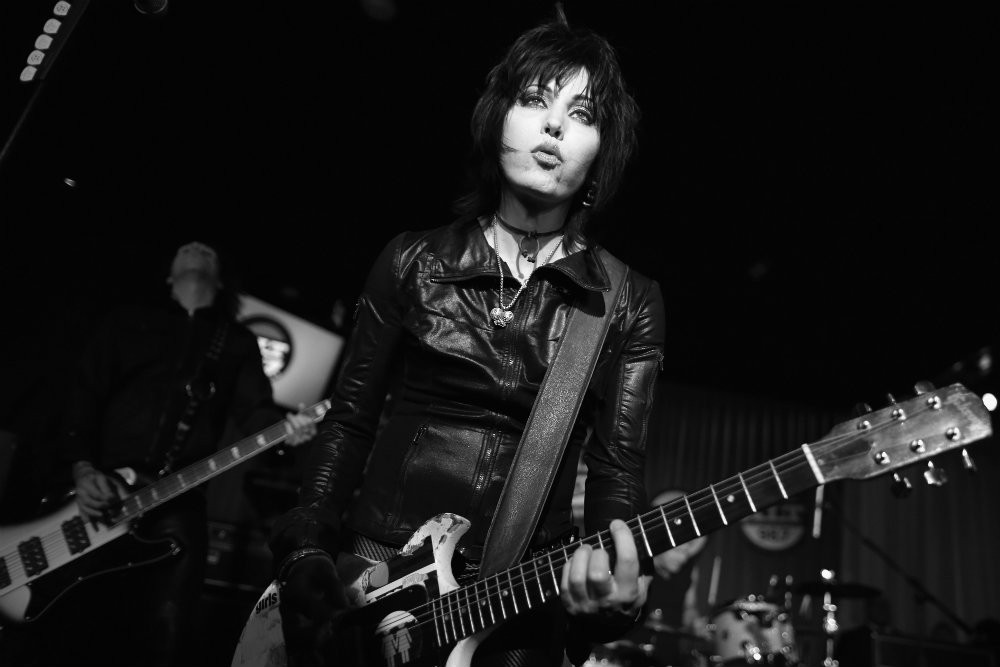 After premiering at Sundance earlier this year, the Joan Jett documentary Bad Reputation will finally hit theaters, on-demand, iTunes, and Amazon on September 28. The film, directed by prolific music video director Kevin Kerslake, charts the Jett’s journey through rock history, including the founding of her band the Runaways in the ’70s, her evolution as a solo artist, and the launch of Blackheart Records. It shares a title with Jett’s 1981 hit, which found a new audience when it was used as the theme music to the 1999 Judd Apatow cult comedy series Freaks and Geeks.

The trailer begins with Jett telling a story about a guy she approached for guitar lessons as a child, who told her that “girls don’t play rock and roll.” It ends with the rocker, now decades into a staggering career, proclaiming in her signature gravelly drawl, “Tell me I can’t do something—you know I’m gonna be doing it.” That tells you all you need to know about all the footage in between.

Talking head interviews teased in the trailer include Kathleen Hanna, Billie Joe Armstrong, and Iggy Pop. Check out the new trailer below.