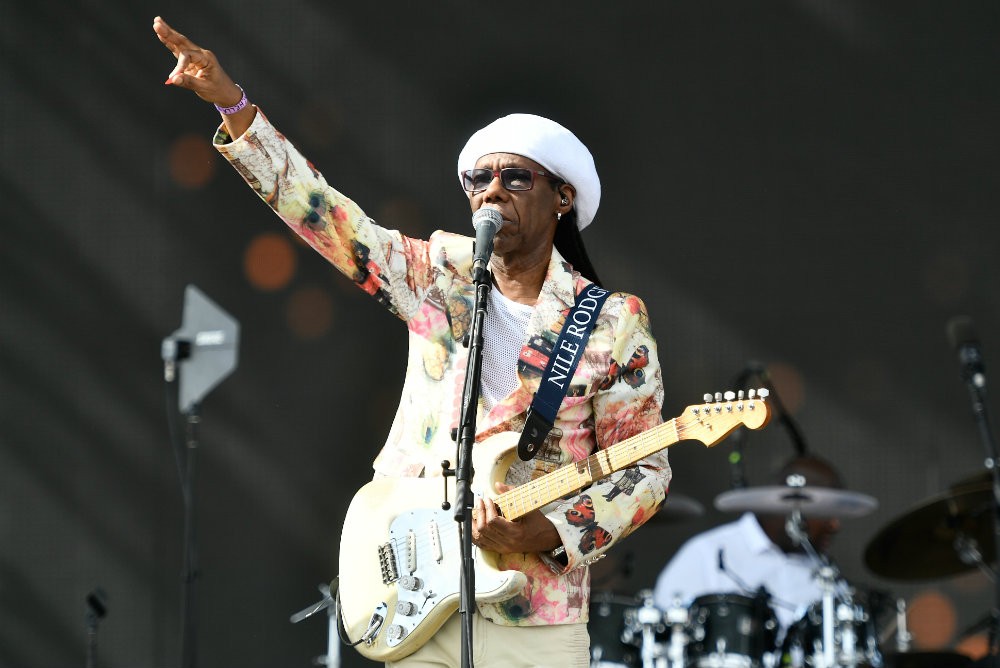 Nile Rodgers has regrouped disco legends Chic for It’s About Time, the band’s first album in 26 years. In the meantime, Chic debuted a new song, “Boogie All Night” on Later… With Jools Holland featuring NAO and Mura Masa. This is not to be confused with the record’s first official single, “Till the World Falls” (featuring Anderson .Paak, Vic Mensa, Mura Masa, and Cosha), which is set for a June 22 release.

V Magazine shared It’s About Time’s cover art which serves as an homage to the cover of Chic’s self-titled 1977 debut. From V Magazine:

For the cover of Chic’s debut, Rodgers explained, “we thought we could get supermodels on our cover to basically [outline] the concept of Chic, to say that we were going back in time to a period where music was all about the underclass coming up. It was all about Duke Ellington and Cab Calloway. It was all about the prohibition era and the era of the big jazz bands. That’s why we weren’t on the cover. If you looked at a lot of the things from that era, they put popular people on their product until they became popular in and of themselves.”

In April, Rodgers said that artists like Bruno Mars, Craig David, Haim, and Debbie Harry can be expected to show up on the new record. It’s About Time comes out on September 7 and Chic’s performance of “Boogie All Night” can be seen below.