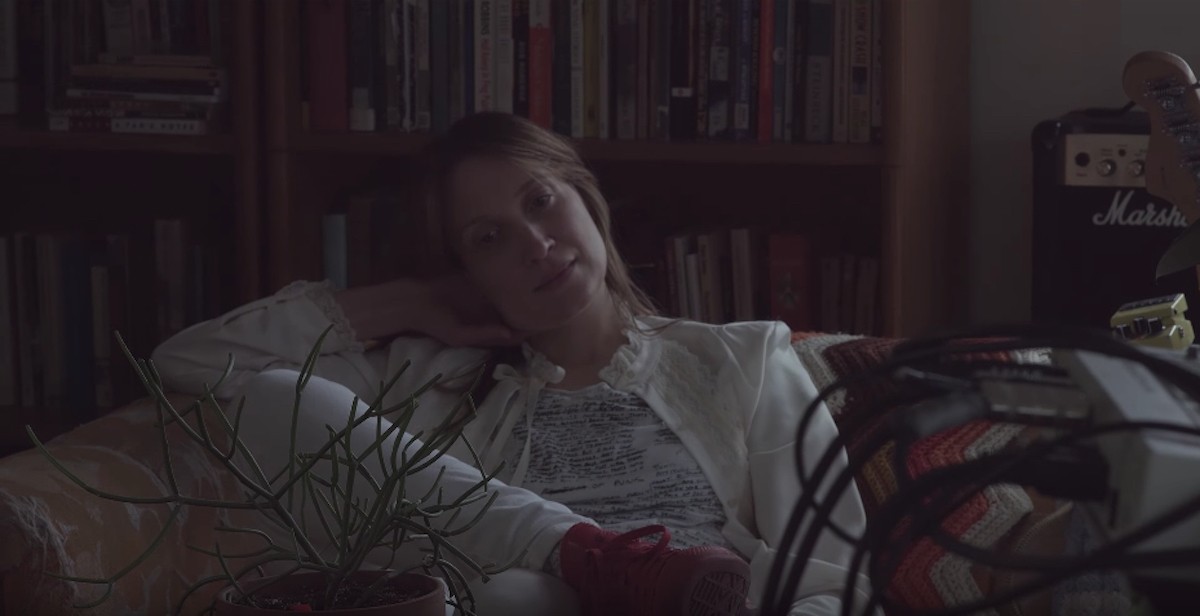 There ought to be some sort of award for Joan of Arc, who’ve released an album each year since their inception in 1996. Luckily that doesn’t mean they’re worn out. 1984, out today from Joyful Noise Recordings, is the second Joan of Arc album to feature the lineup introduced on last year’s He’s Got the Whole This Land Is Your Land in His Hands. It features Melina Ausikaitis on lead vocals, over Tim Kinsella’s usual drowned-out murmurs. In an interview with Noisey, Kinsella said, “We were thinking of it as a Black Flag record, where Melina would sing a song, then the next song was a jam.”

The album’s first single, “Truck,” is gentle and elongated with Ausikaitis’s low rasp fluctuating from tepid slur to angsty howl. Second single “Punk Kid” comes equipped with a music video rotating between the band playing in their living room to recordings of various people repeating one of the hooks, “All my life I’ve seen shit.” Other song titles include “People Pleaser” and “Forever Jung,” for a total nine songs and 35 minutes of brooding emotion.

Aside from the singles, the band has remained pretty quiet, but Kinsella recently ranked thirteen of Joan of Arc’s albums from best to worst in the aforementioned Noisey interview. Stream 1984 below.

New Music: Stream Joan of Arc’s He’s Got The Whole This Land Is Your Land In His Hands