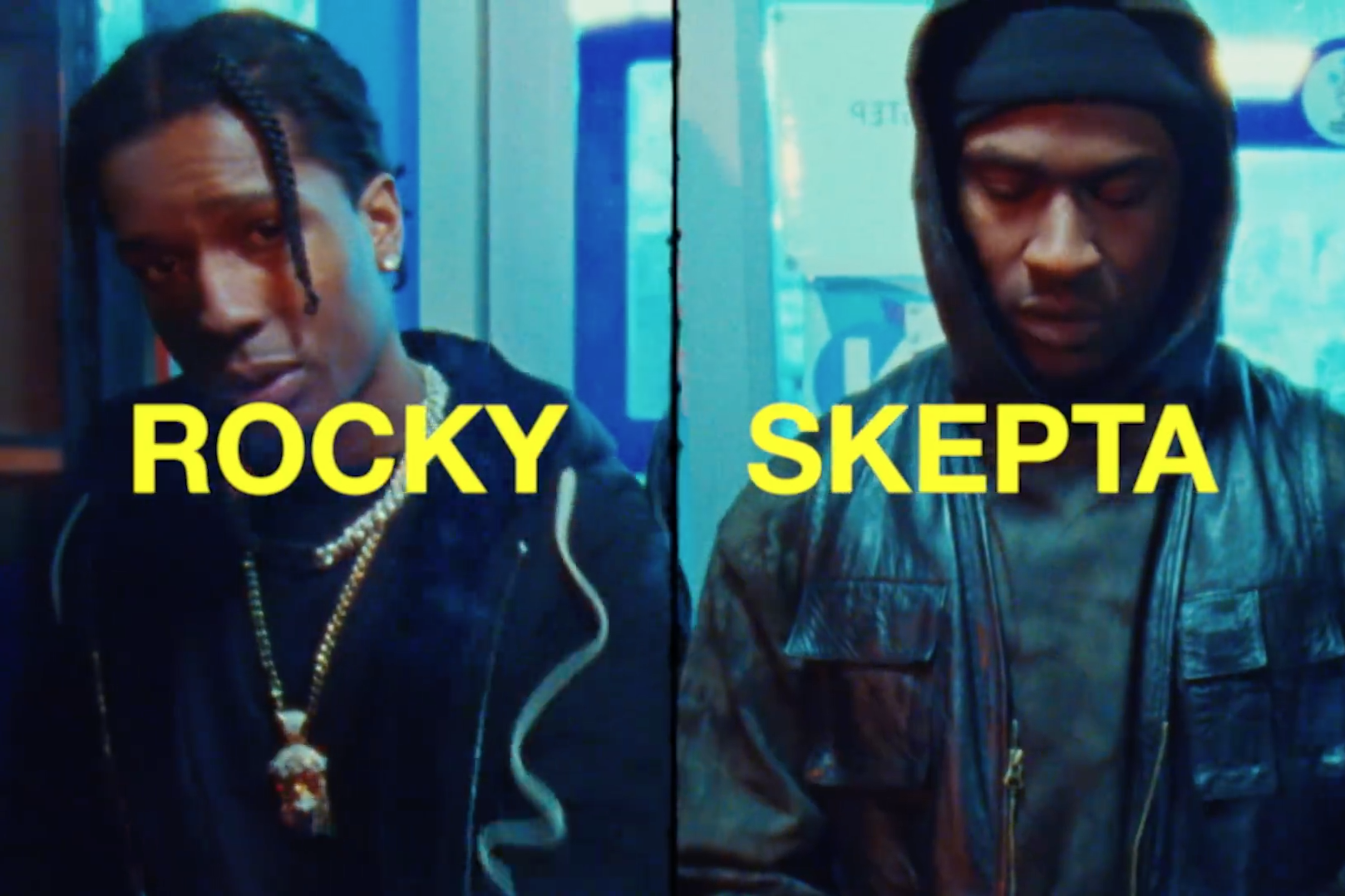 A$AP Rocky has released a new video for “Praise the Lord (Da Shine),” the Skepta-featuring track from his new album Testing. It’s a split-screen chronicle of New York City and London, each rapper’s respective hometown, in bright neons and cool-toned film. The video follows each MC with their crew, splicing trippy visuals, cityscape b-rolls, and quick cameos by artists like Tyler the Creator, before Rocky and Skepta rendezvous at the end. The visual falls in line with its predecessor, “A$AP Forever,” as a lush and dizzying love letter to NYC with no shortage of grills and marijuana haze.

Rocky recently talked to Complex about his secretive creative collective AWGE and is currently touring festivals in Europe. Watch the new video for “Praise the Lord” below.