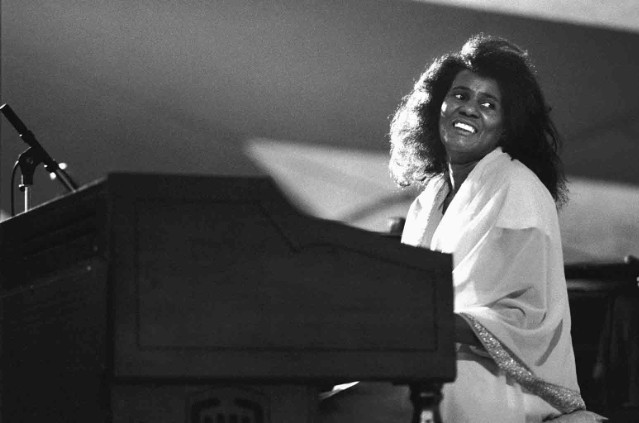 The music of Alice Coltrane has been enjoying a renaissance recently. New reissues and tribute concerts appear regularly, and celebrated artists continue to find inspiration in her intensely devotional approach to improvisation, from psychedelic punk bands to festival-hopping electronic auteurs. The latest entry is Spiritual Eternal—The Complete Warner Bros. Studio Recordings, a compilation of three albums that will be released September 7.

Unlike last year’s The Ecstatic Music of Alice Coltrane Turiyasangitananda, last year’s revelatory compilation of recordings Coltrane made while leading a California ashram in the ’80s and ’90s, Spiritual Eternal collects music that previously saw a relatively wide release. The albums it collects—Eternity, Radha-Krsna Nama Sankirtana, and Transcendence—were released by Warner Bros. between 1976 and ’77, though they remain lesser known than her classic run on the Impulse! label in the late ’60s and early ’70s.

Coltrane was never a jazz traditionalist, and on her Warner albums she moved even further from established forms and toward influences like Indian classical music and gospel. As such, they make for an interesting companion piece to the purely religious Ecstatic Music material.

Listen to “Govinda Jai Jai” from Radha-Krsna Nama Sankirtana below.