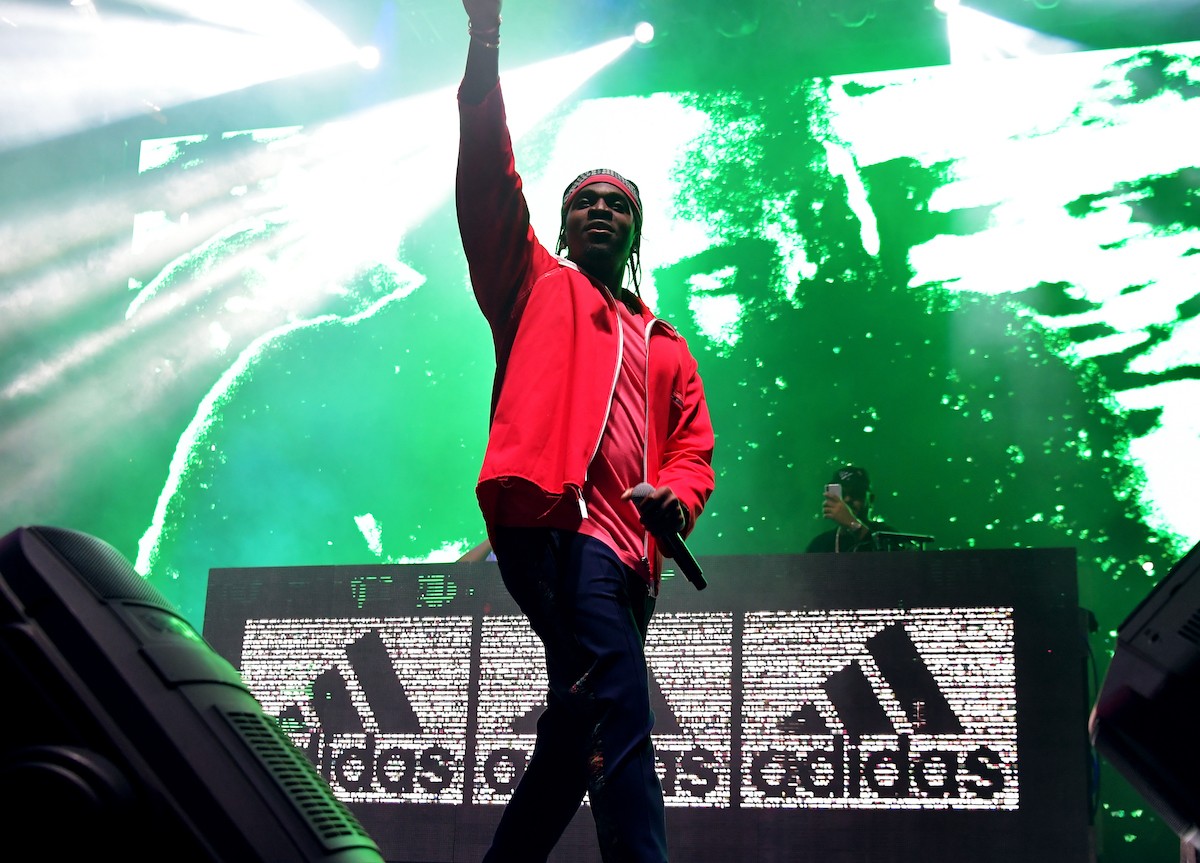 Pusha T’s instantly legendary Drake diss raised several questions, one of which is what exactly the title means. This morning, Pusha called into the Breakfast Club, the morning show on New York rap station Power 105, for a diss debriefing and explained that “Adidon” is the name of Drake’s upcoming line with Adidas—a portmanteau of the brand and Adonis, purportedly the name of Drake’s secret son.

“The child… Allegedly, his new line on Adidas, is called Adidon, which is named after Adonis, his son,” Pusha told the Breakfast Club. “But we couldn’t know about your child until you start selling sweatsuits and sneakers?”

There has been no announced partnership between Drake and Adidas, but rumors have been percolating for months that the rapper is going to be leaving Nike, where he has repped its Jordan Brand, for Adidas. To that end, Drake recently began posting photos on Instagram in which he is almost pointedly wearing Adidas apparel. Further, Kanye West has his deal with Adidas, so it’s pretty easy to believe that Pusha might have inside info regarding Drake’s involvement with the company, including the name for a potential line.

You can listen to the full Breakfast Club interview below.