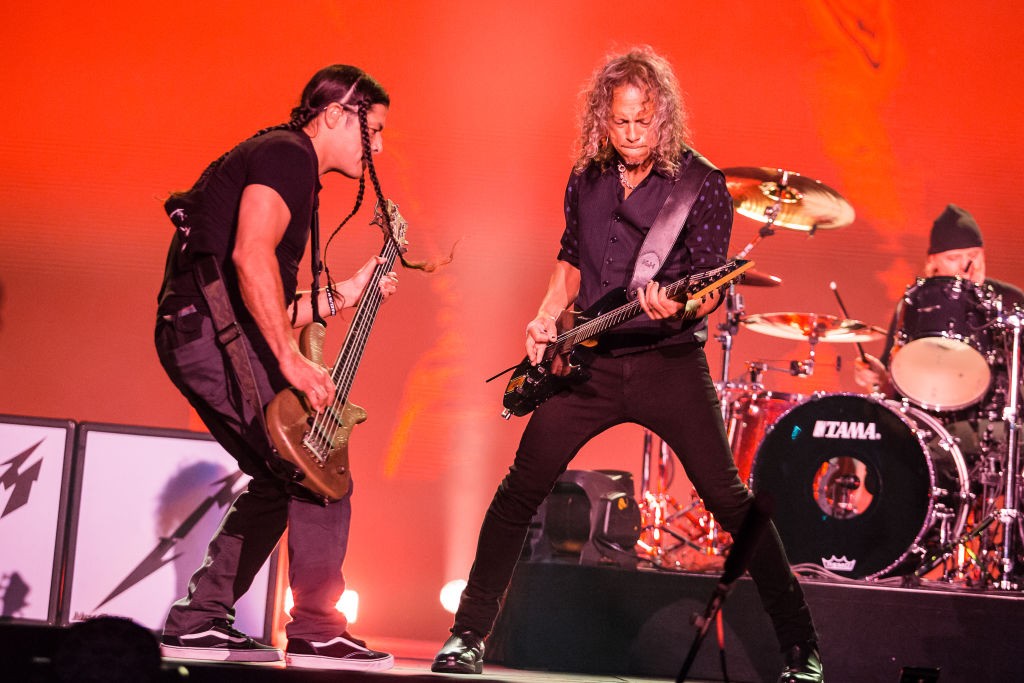 There’s a part in Metallica’s set where Kirk Hammett and Robert Trujillo get the stage to themselves to jam–the “Rob and Kirk doodle,” it’s sometimes called. Often, it’s a playful instrumental interplay, designed to showcase how hard each of them, respectively, can rip and/or shred. In Sweden last week, however, the two took the opportunity to pay tribute to the nation they were visiting. In front of however many thousands of people–and reading off of a music stand–Trujillo took the lead on a scrappy cover of “Dancing Queen,” originally conceived of and performed by ABBA (who, incidentally, are reuniting). The Metallica bassist only loosely addressed the pitches of the original song in his cracked baritone. The gesture was not a passing allusion in a larger medley, or a playful diversion within a freeform jam; it was a full-fledged cover. I’m not sure if this was what Swedish Metallica fans thought they were paying thousands of krona for, but it did happen and garnered no small amount of applause.

Truth be told, this is not the first time Rob and Kirk have fucked with a Scandinavian audience in this manner. Earlier this month, they subjected an Oslo audience to a run through of one of that country’s greatest claims to fame in internationally syndicated pop music, A-Ha’s “Take On Me.” You can watch that here, and the “Dancing Queen” rendition below.