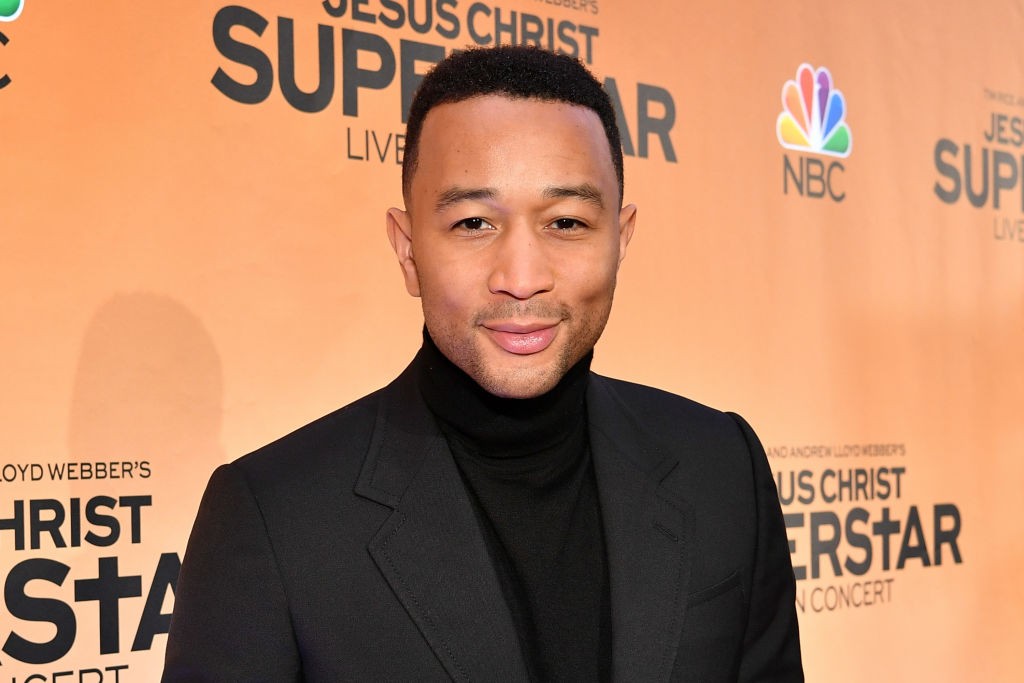 John Legend performed his new single “A Good Night” at the Billboard Music Awards tonight, backed by a crew of white-clad dancers including both adults and children. The song, originally released in April, is a collaboration with producer, songwriter, and regular Justin Bieber collaborator BloodPop. At the conclusion of Legend’s performance, a photo of his newborn son Miles Theodore Stephens flashed on the venue’s screens. Wife Chrissy Teigan first shared the baby photo on Instagram earlier today.

Legend, who to date has 15 Billboard singles to his name, also appeared at last year’s awards to perform “Surefire” and “H.O.L.Y.” with country pop-rockers Florida Georgia Line. He’s not nominated for any awards this year, but won most recently in the Best Radio Song and Best Streaming Song (Audio) categories at the 2015 BBMAs for his chart-topping Love in the Future single “All of Me.”

This year, Legend starred in the eponymous role of Jesus Christ Superstar in the NBC live adaptation of the Andrew Lloyd Webber music, which aired on Easter Sunday. Last year, he won a Tony for his co-production work on the musical Jitney and appeared at the Academy Awards to perform “City of Stars” and “Audition (The Fools Who Dream),” from Damien Chazelle’s musical film La La Land, in which he had a supporting role. Legend previously won the Oscar for best original song for “Glory,” from Ava DuVernay’s Selma, in 2015.

Watch a clip of John Legend’s performance at the 2018 Billboard Music Awards below.