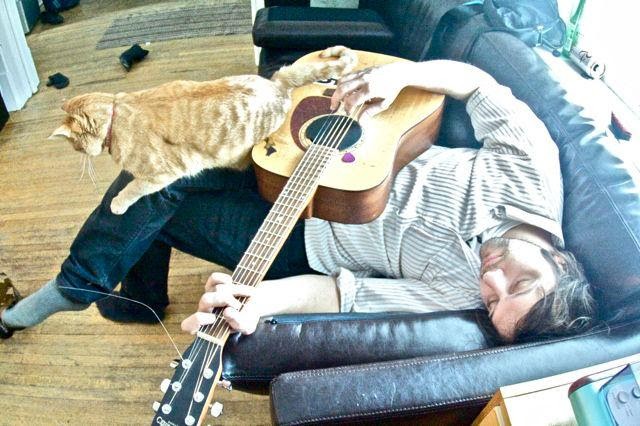 The late Chris Reimer was guitarist of the beloved Canadian post-punk band Women and a touring member of the Dodos, contributing to a small but impactful body of work before dying from a possible heart condition at age 26 in 2012. In January, Women’s label Flemish Eye announced Hello People, a two-LP set of instrumental music Reimer recorded but never released while he was alive.

“Beneluxx,” the second track released from that collection, is a 10-minute ambient piece, with all the smeared color and vague unease of a smoggy sunset. It plays like an extended version of Women tracks like “Woodbine” and “Bells,” brief stretches of drone that sat between proper songs, lending breathing room and illuminating context to their more traditionally composed neighbors.

Hello People, which was originally scheduled to release April 19, has been pushed back to May 4. Hear “Beneluxx” below.