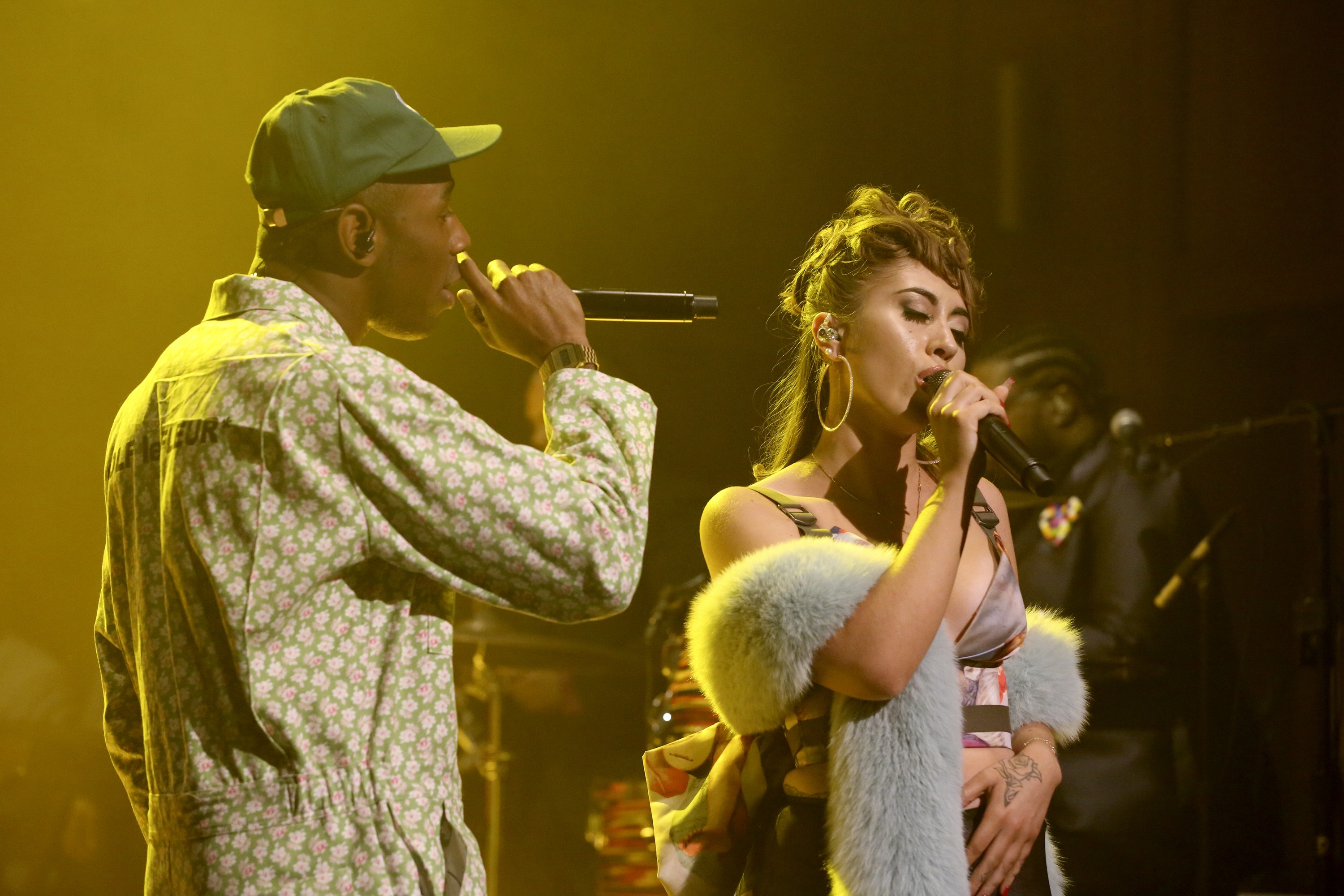 Colombian-American singer Kali Uchis has been collaborating with Tyler, The Creator for a long time now. Tyler produced a couple of songs on her debut EP Por Vida back in 2015. Uchis returned the favor by lending her vocals to Tyler’s Cherry Bomb tracks “Yellow” and “Perfect.” Most recently, they worked together on “After The Storm,” a song from Uchis’ excellent new album Isolation. And they’ve performed on The Tonight Show Starring Jimmy Fallon together twice, first with Uchis supporting Tyler and then with Tyler supporting Uchis.

Basically, this is all a long-winded way of saying that Uchis and Tyler are both playing Coachella this year, and it should come as a surprise to absolutely nobody that they joined forces. During Uchis’ set at the festival’s opening day on Friday, Tyler came out to help her perform “After The Storm,” emerging onto the stage with spotted leopard-print hair and a purple sweatshirt around his neck to deliver his verse before disappearing offstage again. He was on the stage for maybe 30 seconds tops, and the crowd was screaming with excitement the entire time.

Tyler himself performed a set at the festival last night, and surprisingly, Uchis didn’t make an appearance. But you can watch some clips of their collab and Tyler’s set below.