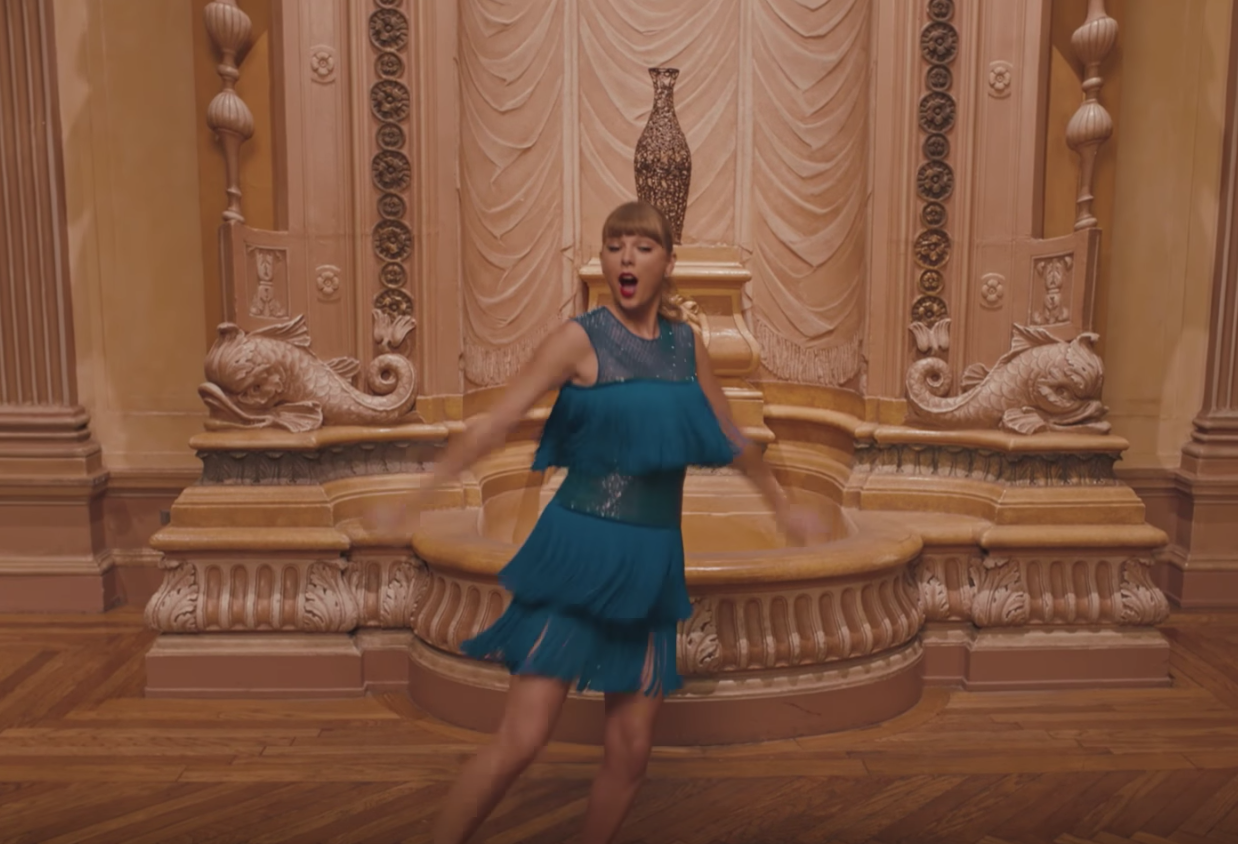 Taylor Swift has released a new video for “Delicate” from last year’s reputation. The video premiered during last night’s IHeartRadio Awards. At the beginning, a harried-looking Swift negotiates with reporters and overzealous fans, and is being perpetual traced by security. Some accidental invisibility inspires her to break into wild, silly dancing all around the hotel, in a manner that recalls Fatboy Slim’s iconic Christopher-Walken-starring clip for “Weapon of Choice” (but without the flying parts and the breathtaking skill). Eventually, Swift takes on the train and the rain, too, before coming back to reality. Watch below.