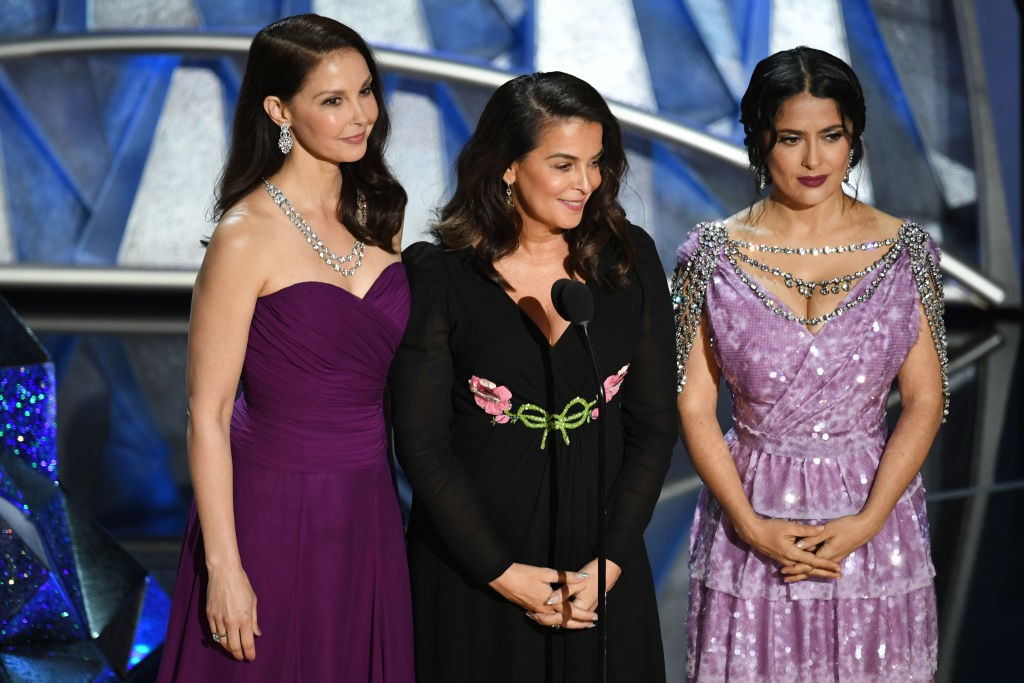 Salma Hayek, Ashley Judd, and Annabella Sciorra introduced a “Trailblazers” montage at the Oscars, and took a moment to discuss the #MeToo movement and the achievements of non-white-male actors, directors, writers, and more in recent cinema. “The changes we are witnessing are being driven by the powerful sound of new voices…our voices, joining together in a mighty chorus that is finally saying ‘Time’s up,'” Sciorra said. The subsequent montage included female, transgender, and POC actors and directors discussing the recent changes in the industry and society. The speakers included Ava DuVernay, Kumail Nanjiani, Greta Gerwig, Barry Jenkins, Sarah Silverman, Mira Sorvino, Geena Davis, and more. Hayek, Judd, and Sciorra were among the women who recently accused Harvey Weinstein of sexual misconduct. Watch below.

Lena Waithe: “Activism Is Me Paying for a Writer to Go to a Television-Writing Class”