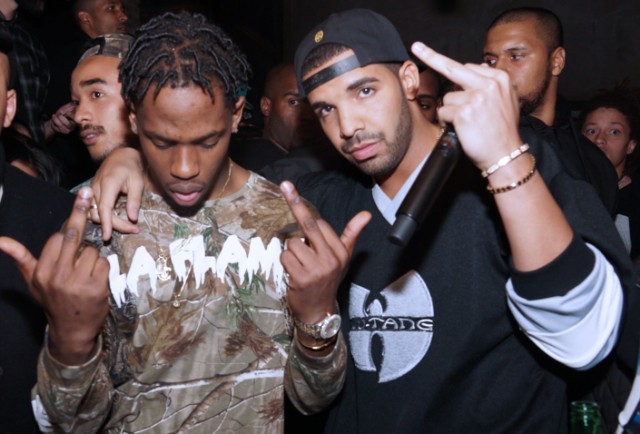 Did Twitch just jump the shark? The livestreaming platform for gamers has become enough of a big deal that I, a person who knows basically nothing about video games and tabletop gaming, am aware of it. It’s becoming a bigger deal all the time. And when Grimes and Purity Ring’s Megan James streamed themselves playing Bloodborne earlier this year, it made sense: Knowing what we know about them, of course these people are interested in this world.

But Drake and Travis Scott?

Indeed, the rap superstars hopped on Twitch last night for some Fortnite fun alongside popular streamer Tyler “Ninja” Blevins, helping him attract a record 630,000 simultaneous viewers. (The previous record was 388,000 concurrent viewers for a single-player stream.) Pittsburgh Steelers wide receiver JuJu Smith-Schuster also got involved at one point. Drake enters the below footage around two minutes in, playing under the username TheBoyDuddus, with Scott hopping on later under the name cactus_jackk92. Watch the popular kids invade geek territory below.