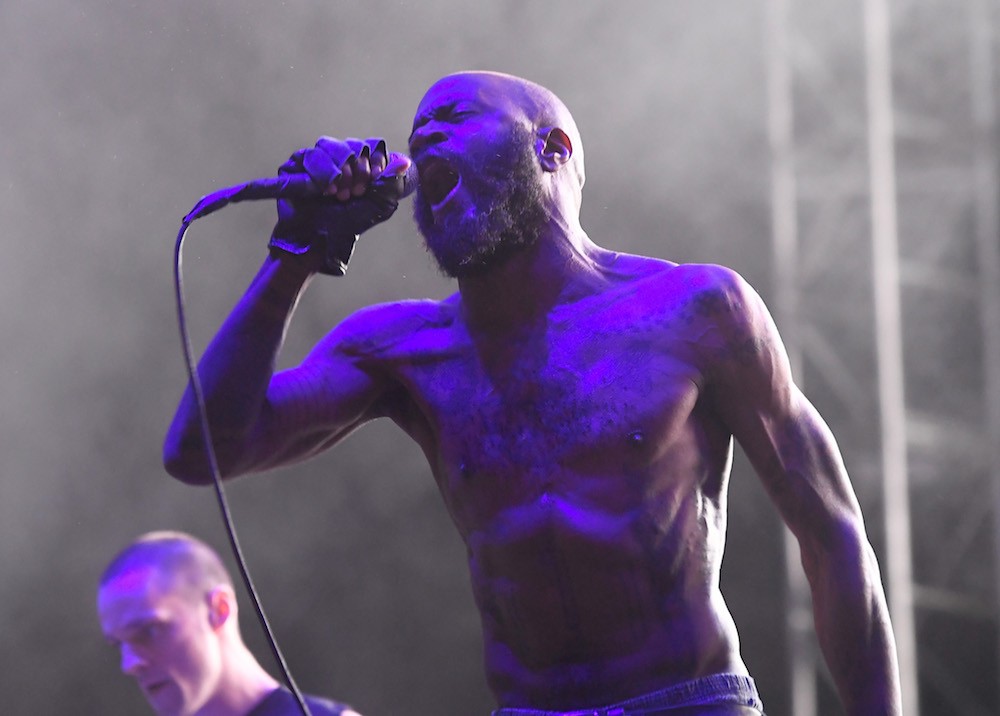 While fans await a new Tool album that may or may not arrive sometime this century, bassist Justin Chancellor has evidently found some time to work on an outside collaboration. Yesterday, punk-rap noiseniks Death Grips posted a photo of Chancellor in the studio with drummer Zach Hill, with a caption alluding to a new album. Despite the genre differences, both bands are heavy and willfully perverse enough that the collaboration makes a certain kind of sense.

Working on the new album with Justin Chancellor

Chancellor is neither the first nor the wackiest contributor to the Death Grips album to be revealed this week. On Tuesday, the band posted another studio photo, this one of Andrew Adamson—best known as the esteemed director of such fine films as Shrek and Shrek 2. Now all they need is a Smash Mouth feature or a Thomas the Tank Engine theme song sample and the record will be a pretty much guaranteed success among fans who spend all their time on the internet.