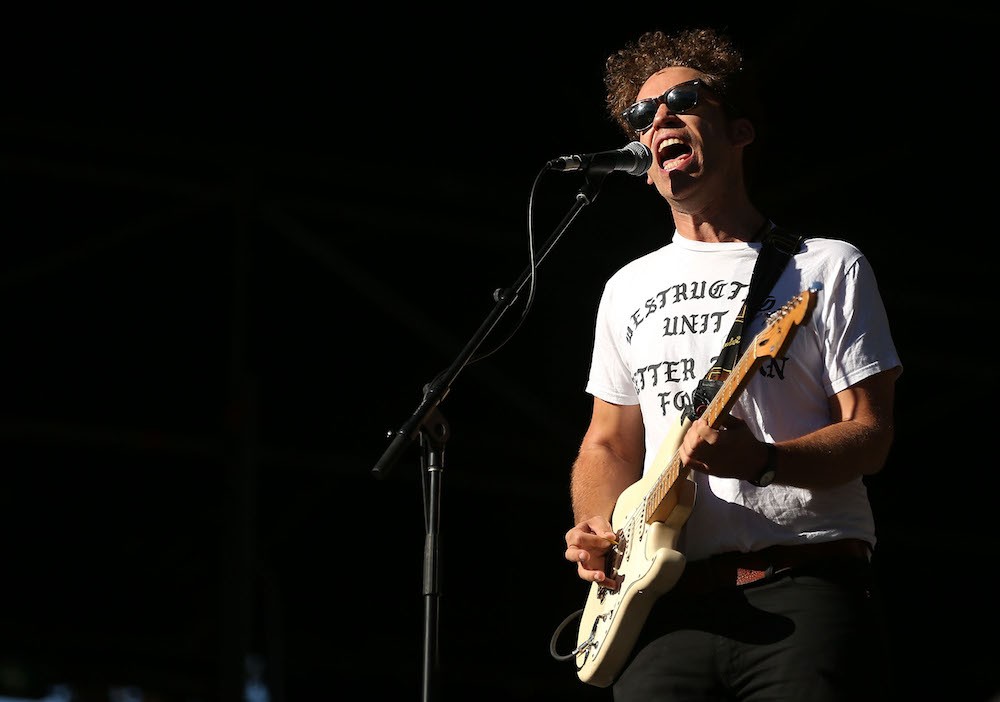 When Parquet Courts announced this month that their forthcoming full-length Wide Awake! would be produced by Danger Mouse, it would have been natural for fans of the Brooklyn punk band to have some reservations. Parquet Courts bridge two worlds: They’re the kind of band that might sell out a 1,500-capacity rock club one night and a quasi-legal warehouse venue the next. And the sound of their previous records is as dry as the wit behind the songwriting, wrapping snapshots of stoned rambles and internet-induced paranoia in minimal sandpapery sonics. Danger Mouse’s recent production credits include records for both U2 and Red Hot Chili Peppers, and even his more indie-oriented work tends toward the baroque. Would Parquet Courts’ collaboration with him signal the end of both their DIY ethics and their rawboned signature sound?

Judging by “Almost Had to Start a Fight/In and Out of Patience,” the first single, the answer is no. True to its title, the song is split into two distinct halves, of about a minute and thirty seconds each. The first of these is as stripped-down and urgent as anything Parquet Courts have recorded since their 2012 breakout Light Up Gold, with a throat-shredding take from singer-guitarist Andrew Savage and tommy-gun drum fills from his brother Max. The second is where the producer’s influence becomes subtly more apparent: the instruments open up and get some breathing room, Savage’s shouting about his own “shit attitude” gets a little more melodic, and drunken-sounding backing vocals bring the song even further toward a frenzy. “Almost Had to Start a Fight/In and Out of Patience” is fierce but groovy, charming but caustic. Had it been released a decade earlier, when this kind of taut garage rock had a moment of commercial favorability, it might have even been a dark horse radio contender.

Danger Mouse’s larger influence on Parquet Courts remains to be seen, but the first single bodes well. (Given the canned applause and Savage’s announcement at the end of the song that “This next one’s called ‘Freebird II,'” he hasn’t dampened their sense of humor.) A good producer doesn’t bluntly impose their own sensibilities on an artist; they work to draw out the potential that’s already there. Despite the heavy hand he’s brought to some previous projects, that’s exactly what Danger Mouse is doing here.