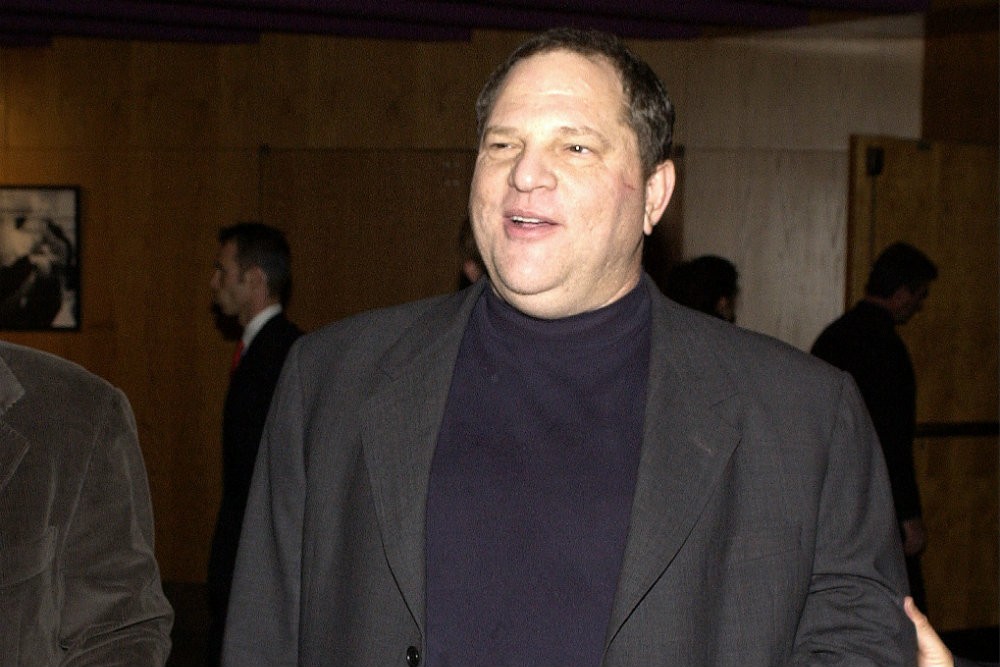 Misconduct accusations against disgraced film producer Harvey Weinstein often follow a certain pattern: actresses or employees are often say they were lured to a hotel room under the guise that they’re attending a business meeting. Then, those women typically say they were greeted by Weinstein while he’s wearing a bathrobe with nothing on underneath or a towel before asking them to give him a massage or propositioning them further. According sources speaking to The Hollywood Reporter, Weinstein was allegedly putting those moves on unwitting women long before he became a power broker in the film industry.

One of the earliest accusations against Weinstein dates back to the early ’70s when the future studio head dropped out of college to start Harvey and Corky Present, a concert promotion business in Buffalo, New York he founded with friend Horace “Corky” Burger. Weinstein soon found himself promoting local shows for the likes of Chuck Berry, Rolling Stones, and Jethro Tull. A THR source who was working at an answering service in 1975 said that a 22 or 23-year-old Weinstein offered her Hot Tuna tickets in exchange for an extension on an overdue bill. From THR:

She agreed and was told to swing by his house for the tickets. When she knocked at his door in Cheektowaga, a suburb of Buffalo, a roommate answered: “He’s in the tub.”

Perhaps naively, the woman made her way to the bathroom, knocked and entered. Harvey was in the bath. “Can you wash my back?” she says he asked. Flustered, she said she was late meeting friends and rushed out, grabbing her tickets from the dining-room table. When she got to the concert, she decided she should thank Harvey anyway and went to his office. There, he put his arm around her and tried to kiss her, making it clear what he expected.

Weinstein first entered film production at 28 when the low budget slasher film The Burning was shot in Buffalo in 1980. Paula Wachowiak, then a 24-year-old single mother and college student, reached out to Weinstein in the hopes of working for his music business, but ended up getting assigned production assistant work on the set.

Wachowiak said that she brought a folder of checks for Weinstein to his hotel room for him to sign and entered the room to find the novice producer naked on his bed, partially covered by a small towel draped across his lap. From THR:

Weinstein dropped the towel, and Wachowiak struggled to keep her eyes on his face as he strolled around, until he sat down and laid the folder on his lap. “What’s this for?” he asked, pointing either to a check or his private parts. Then he chuckled, as if enjoying her embarrassment. Saying he had “a kink in his neck,” he asked for a massage.

“I don’t think that’s in my job description,” she replied. (“Mr. Weinstein has a different recollection of these events and categorically denies ever engaging in any nonconsensual sexual conduct with Ms. Wachowiak,” says his spokesperson.)

Wachowiak said she then fled the room and burst into tears in the hallway.

In October, Wachowiak, now 62, told The Buffalo News that she was struck by the similarities in the hotel room encounters actresses like Ashley Judd discussed in the New York Times and Wachowiak’s experience from 28 years ago. Her husband then encouraged her to tell the story on record.

Although Weinstein is the subject of several criminal investigations for sexual assault, he has not been convicted of any crimes. Still, a note Weinstein left in his John Browne High School classmate’s yearbook feels eerily prescient.

“Dear Sheila, we had a blast. Best is yet to come,” Weinstein wrote, before adding the following fake address, “New York State Prison 3553333369.”

You can see a photo of the signature here.