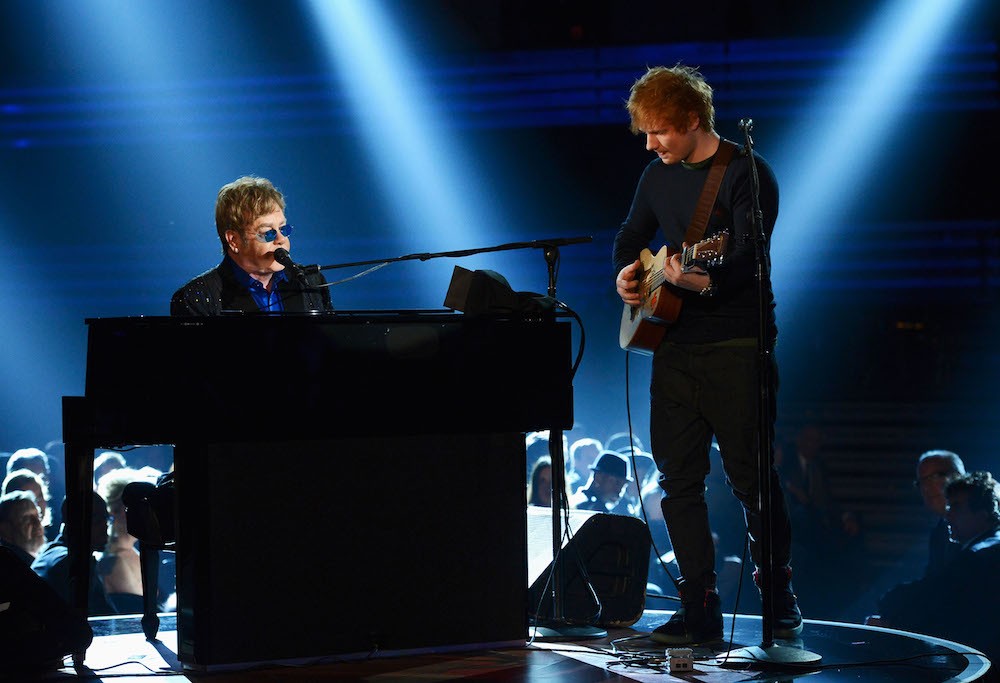 During the BRIT Awards, Sir Elton John took the time to introduce his “dear friend Ed Sheeran.” One quirk: the legend has a different way of pronouncing Sheeran’s name. It sounds sort of like “Shirran,” and as some on social media joked, it makes the “Shape of You” singer sound “like a French wine.”

This isn’t a one time incident, as Twitter users have noted John’s unique pronunciation of “Sheeran” as far back as 2012.

Elton John pronounced @edsheeran as Ed Sheer-anne on @Beats1. what happened to grammys ’13?

John has been an (ahem) vocal supporter of Sheeran since the start of his career, and Sheeran was once managed by John’s Rocket Music Management company. Although John has pronounced “Sheeran” as most others do on at least one public occasion, it seems “Shirran” is here to stay. Elton John is a) British, and b) a knight, so as far as we’re concerned, Ed Sheeran is now Squire Ed Shirran.