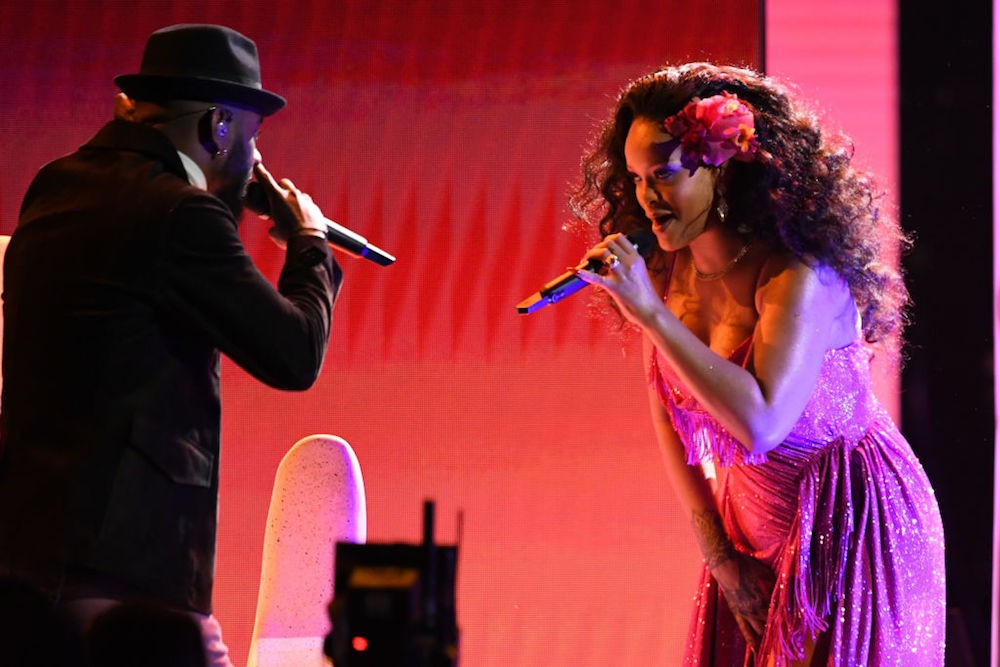 DJ Khaled, Rihanna, and Bryson Tiller brought their collaborative energy to the Grammys tonight with their performance of the 2017 hit “Wild Thoughts.” The infectious reimagining of Santana’s “Maria Maria” blared from every backyard party last summer, but despite reaching #2 on the Billboard Hot 100 chart and topping several others, the track couldn’t manage to snag a Grammy nomination for either Song of the Year or Record of the Year.

Rihanna did score a Grammy nomination for her feature on Kendrick Lamar’s “LOYALTY.” DJ Khaled’s Major Key scored a nom for Best Rap Album in 2017, while Bryson Tiller’s “Exchange” was nominated for Best R&B Song that same year.

Watch the Grammys performance of “Wild Thoughts” below.