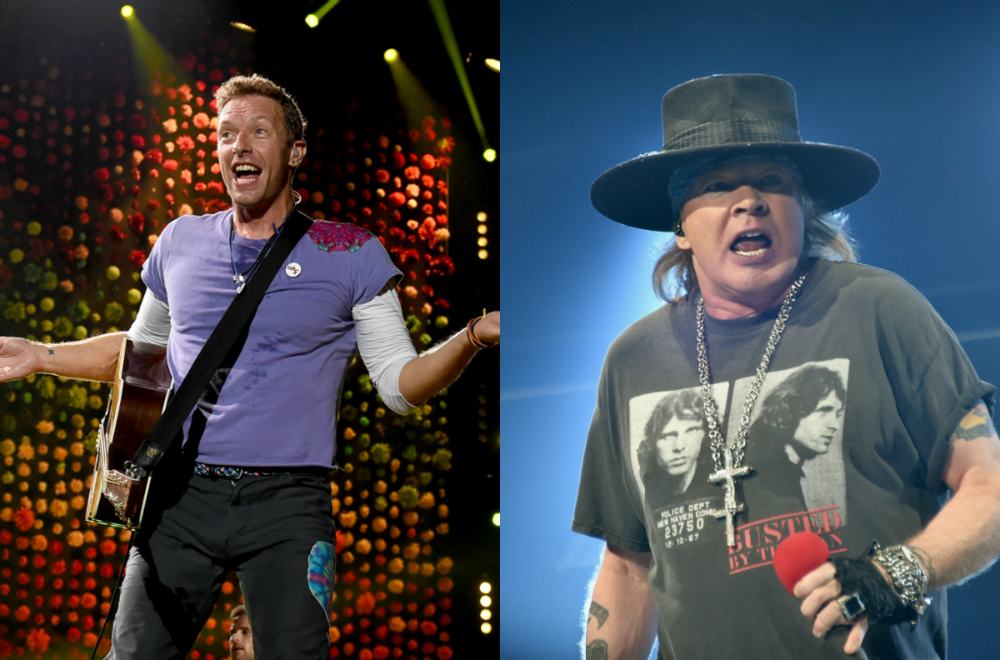 2017 might be (finally!) over and done with, but that doesn’t mean there isn’t room for one more staggering revelation—namely, Coldplay and Guns N’ Roses made nearly a billion dollars combined touring in 2016 and 2017. That figure is based on Billboard Boxscore archives, which report Coldplay grossed $523 million on its A Head Full of Dreams tour, while Guns N’ Roses’ Not In This Lifetime… tour topped $475 million, making the tours the third and fourth highest grossing of all time, respectively. That’s a total of $998 million.

On the one hand, it’s not unthinkable that what is arguably the last big arena rock band, and likely the biggest of the ’80s and early ’90s, would find that kind of success on global tours. In Guns N’ Roses’ case specifically, this is the first tour featuring the band’s classic line up with members Slash and Duff McKagan since 1993’s Use Your Illusion tour. These are also two bands that charge a lot, sell a lot of seats, and perform in some of the biggest venues on the planet.

On the other hand, did anyone even really like A Head Full of Dreams? Can you name a single song off of Chinese Democracy? And are there really that many aging GNR fans willing to shell out hundreds of bucks to hear something off of “The Spaghetti Incident?” Apparently, yes!

Correction: This post originally stated that the figures above reflect gross profits made from touring in 2017. We’ve updated this post to reflect that the amounts calculated include time the bands spent touring in 2016.