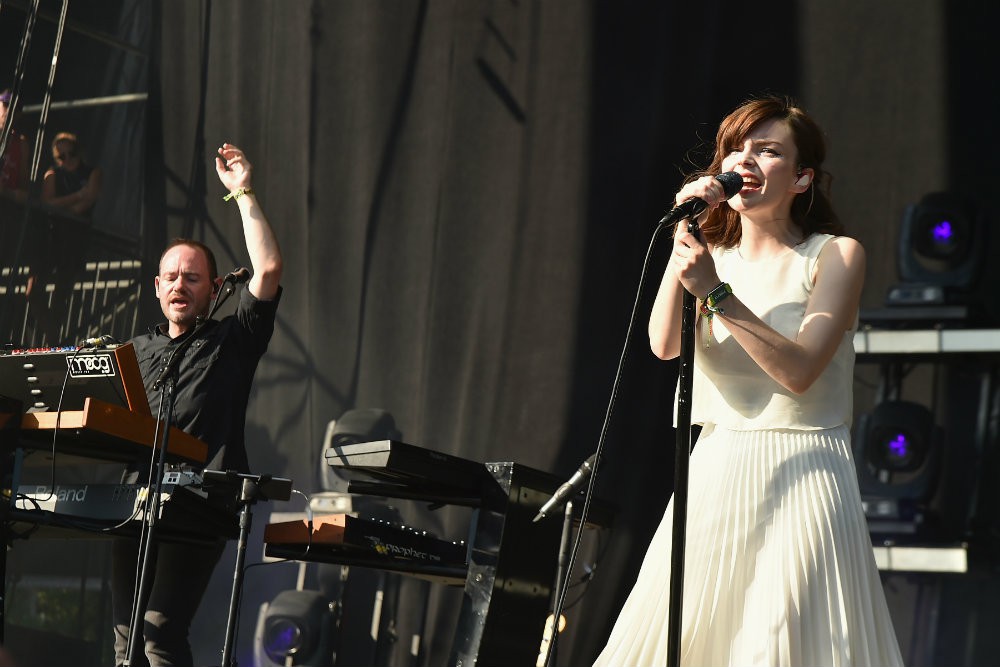 Scottish synth-pop darlings CHVRCHES have released “Get Out,” their first new music since their 2015 sophomore LP Every Open Eye. The new song finds them collaborating with Grammy-winning producer Greg Kurstin, and the hitmaker’s presence is evident in the way Lauren Mayberry’s bombastic vocals power through the chorus.

“Working with Greg was so different to what we’d done before, but it also felt so comfortable and like he’d been in our band forever,” Mayberry said in a statement. “He doesn’t try to make you write a certain kind of song. He just listens and then Jedi puppet masters the best work out of you. The opening synth riff of ‘Get Out’ was the first thing to emerge on our first day in the studio with him.”

In a December interview with Entertainment Weekly, Mayberry described the band’s work with Kurstin on their forthcoming third album as “the most pop stuff we’ve done and also the most aggressive and vulnerable at the same time.” CHVRCHES are currently keeping mum on when we can expect to hear that album; in the meantime, listen to “Get Out” below.