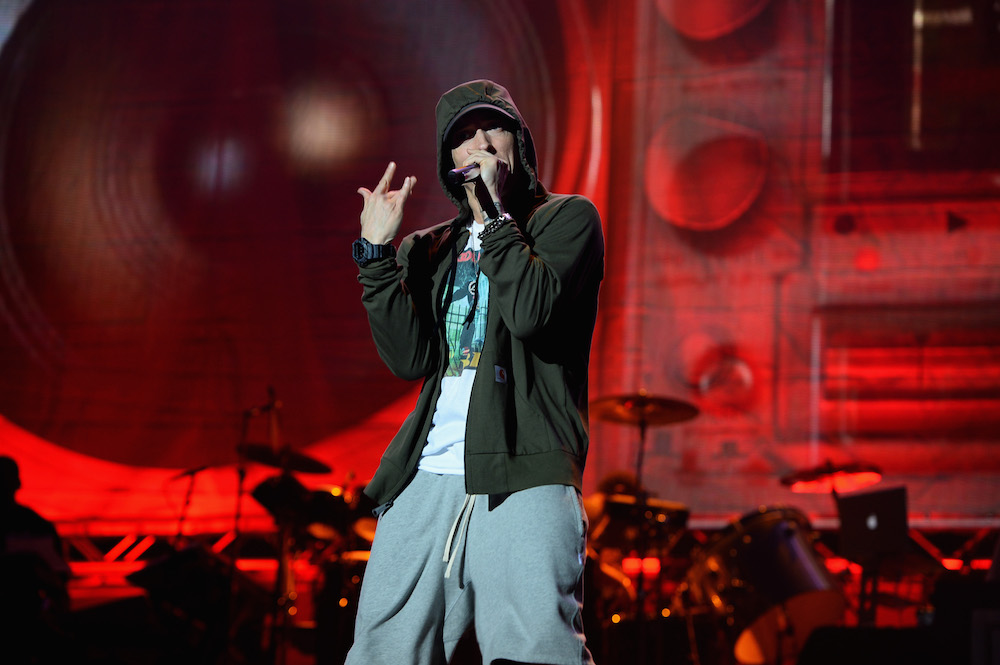 Eminem is the subject of a long, thoughtful interview published by New York magazine today, which focuses mostly on his feelings about President Donald Trump (bad) and his position as a technically virtuosic 45-year-old in a genre currently dominated by punkishly irreverent teens (uncertain). The conversation also touches on Em’s personal life: the fact that overeager fans have compelled him to rent out an entire theater whenever he wants to go see a movie, and that he’s apparently on Tinder, or at least he was for a while:

It’s tough. Since my divorce I’ve had a few dates and nothing’s panned out in a way that I wanted to make it public. Dating’s just not where I’m at lately.

When you were dating, how’d you meet people? Tinder?

Are you being serious?

[Laughs] And Grindr. I also used to go to strip clubs.

It’s sort of hard to imagine Eminem mixing it up with the plebes on a dating app, especially considering his joke that he’s also on Grindr. (“All I was saying was I don’t swing that way,” he says earlier in the interview when asked about a lyric that had been criticized as homophobic.) But who knows. If you live in Michigan and you’re in the market for a guy who used to threaten to kill the mother of his child on record somewhat regularly, you know where to look. Read the whole interview here.