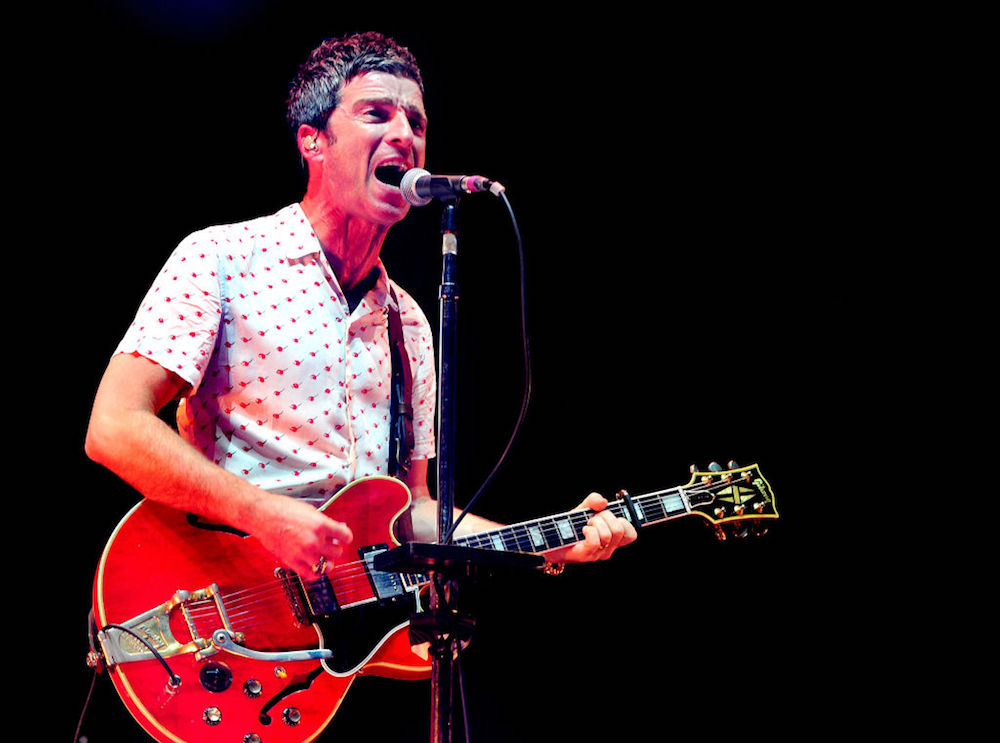 Look, you know how this works by now: When former Oasis guitarist Noel Gallagher is releasing a new album, journalists line up to ask him about polarizing subjects in search of pithy hot takes. We did it; everyone does it. It is often more entertaining than Gallagher’s music at this phase of his career, more than two decades past his last truly great album, although his new High Flying Birds album Who Built The Moon? is shaping up to be somewhat adventurous.

This song and dance often involves questions about Radiohead, whose artsy and/or pretentious approach to music often stands in philosophical opposition to Gallagher’s purebred traditionalist rock ‘n’ roll—or at least it does in theory, when Gallagher isn’t releasing an album of electronic-rock hybrids that threatens to undermine his entire stodgy-old-codger reputation. The Noel-bashes-Radiohead routine is pretty tired by now, but at least credit Gallagher for attempting to find new ways to phrase his potshots. You can almost imagine a panel of judges standing by to rate his colorful turns of phrase as if they’re Olympic gymnastics.

Manchester’s latest onslaught against Oxford transpired in an interview with Irish Independent. When asked if it’s true his cat is more rock ‘n’ roll than Radiohead, Gallagher replied, “Absolutely. Boots is a fucking demon.” He later admitted that “they have done some great stuff” and he keeps some of their music on his phone, but he insists he never listens to it:

This is the one thing that I am always going to hold against them. My wife has a physical reaction to them, when she hears them. It’s like: “No—can’t do it. Once he [Thom Yorke] starts singing. Can’t do it.” No, they’re not a party band. But I’ve got some of their tunes on my phone. But I’m never in the Radiohead moment where I’m thinking, “Oh, a bit of modern angst will do her!”

Speaking as a member of the imaginary judges’ panel, I give this quote no better than a 6.5. Noel can do much better! That said, it didn’t really seem like his heart was in this dressing-down, and who can blame him? Find new targets for Gallagher’s ire, interviewers of the world!