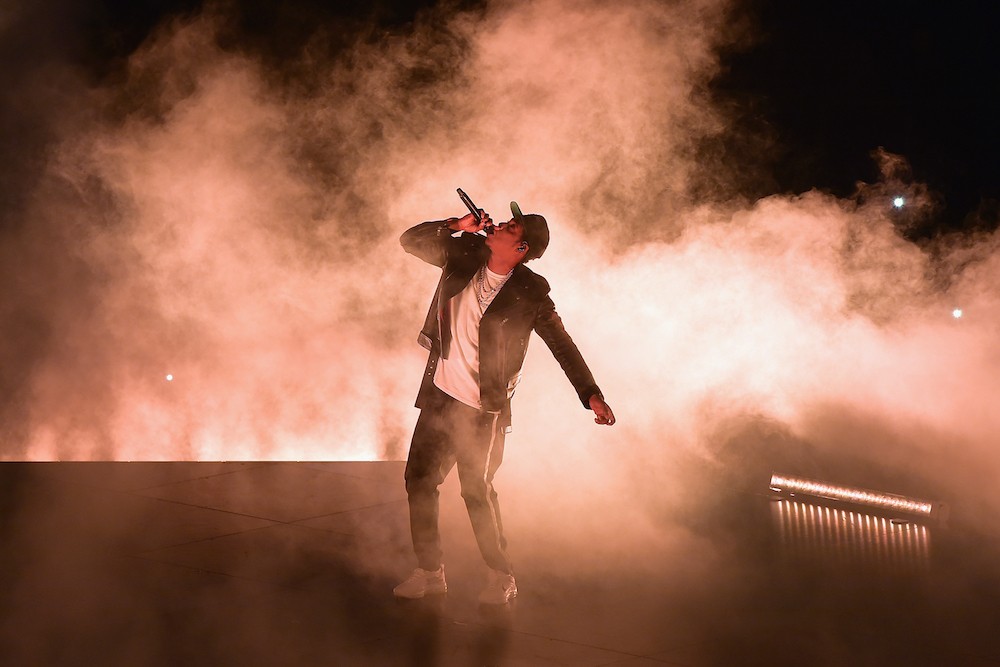 On Sunday, Jay-Z’s 4:44 tour made its way to Miami, where he took a moment to make another political statement. The star dedicated his speech to the NFL protests, reiterating once again that Colin Kaepernick wasn’t protesting the flag.

“I want y’all to understand: When people are kneeling and putting their fists up in the air and doing what they’re doing, it’s not about the flag, it’s about justice,” Jay-Z said. “It’s about injustice. And that’s not a black or white thing, it’s a human issue.”

The public service announcement came the night before GQ revealed Colin Kaepernick as one of the subjects for its Man of the Year covers. Previously, Jay-Z wore a Kaepernick jersey during his Saturday Night Live appearance, and relatedly, he gave a brief speech about his mentee Meek Mill’s prison sentence. Watch Jay-Z’s latest political statement at TMZ.