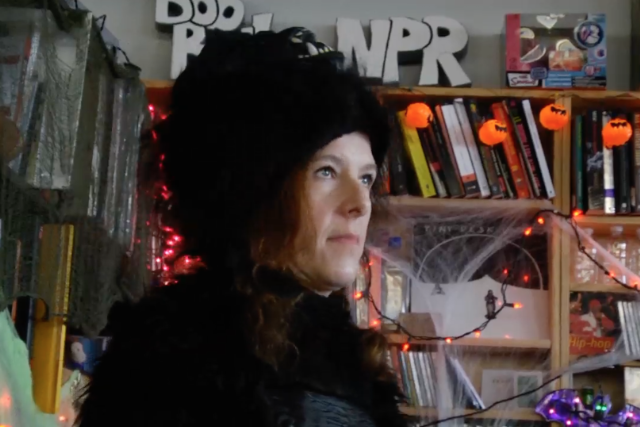 Lots of musicians had good Halloween costumes—Neko Case was a gorilla! She was also today’s [update: not today] guest for a special spooky edition of NPR’s Tiny Desk Concert series. Joined by Kelly Hogan and Archers of Loaf’s Eric Bachmann, Case performed “Night Still Comes,” “Calling Cards,” and “Local Girl,” three songs from her most recent solo album, 2013’s  The Worse Things Get, the Harder I Fight, the Harder I Fight, the More I Love You.

Update: Whoops, this Tiny Desk session is from 2013! Still spooked us though. Happy Halloween!