TIDAL X Was an Absurd Marathon Run for the Greater Good 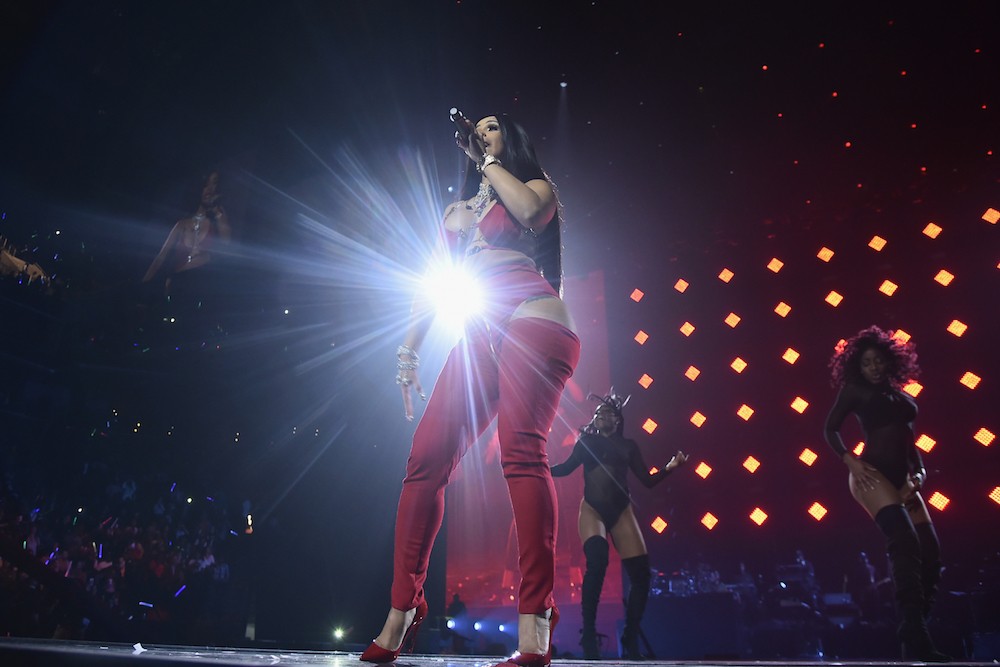 The TIDAL X benefit concert was a mess almost by design. Look at the billing: Tidal announced 30 artists for a benefit concert that started at 8 p.m. at Barclays Center in Brooklyn, a venue whose curfew is usually around 11. By the time Stevie Wonder closed the show with “Higher Ground” as the crowd streamed through the exits, it was almost 2 a.m. The thousands in attendance hadn’t watched a concert so much as a marathon, with artists sprinting through their sets.

TIDAL attempted to run its show—dedicated to victims of the summer’s hurricanes and Puerto Rico—with the efficiency of a music-heavy telethon. New York legend Angie Martinez was on hosting duty, but it was a machine riddled with notable malfunctions, glitches, and things gone unaccounted for: Early act Iggy Azalea seemed to be battle rapping her own backing track; Vic Mensa did a two-song performance in which his mic wasn’t working for one of those songs; and Kaskade ended his short set by cueing a confetti explosion, which felt less climactic than it did a shitty inconvenience because there was at least a dozen more performers following him. But perhaps the night would’ve been boring otherwise.

While the sight of rappers trying to rap their way through cold mics was a source of bemusement, the overwhelming breadth of the show’s scope was seen in the transitions. Proud sinners Daddy Yankee, A$AP Ferg, and Cardi B came through just minutes after Pastor Donnie McClurkin gave his sermon. Near the night’s end, Jadakiss and Fabolous—who have a generally minimalist approach to everything that doesn’t concern proving how New York they are—did their career-making street anthems only to get rudely overshadowed right after by Lin-Manuel Miranda, who came out to give a philanthropist spiel before excitedly yelling, “Don’t be fooled by the rocks that she’s got.” Then, the rotating wall revealed Jennifer Lopez, who was backed by a replica of the 6 train and surrounded by a cadre dancers who vary between shirtless and chiseled gents, and human props wearing speaker-like masks over their heads. The beauty of this scene was how unapologetically out of place it was.

Although Jennifer Lopez had theatrical stage production fitting for a headliner, the technical headliner and Tidal owner Jay-Z did eventually did take the stage a little before 1 a.m. and ran through some of the most potent songs of his catalog (“Public Service Announcement,” “U Don’t Know”) plus a few 4:44 joints. Instead of an obvious finale, he humbly seeded the stage to a giddy Stevie Wonder, who launched into “Love’s in Need of Love Today” (the song that 4:44 standout “Smile” samples). They were great but only expectedly great—you got the sense they kept it tame because they performed under the lessened creative stakes of charity work.

Instead some of the nights biggest wows were reserved for the artists who did have something to prove. Jessie Reyez managed to move the crowd with just an acoustic guitar and her frayed voice. Cardi B basically made Brooklyn a province of the Bronx with her performance of “Bodak Yellow,” a reminder of both her own power and that of music to be a unifier.