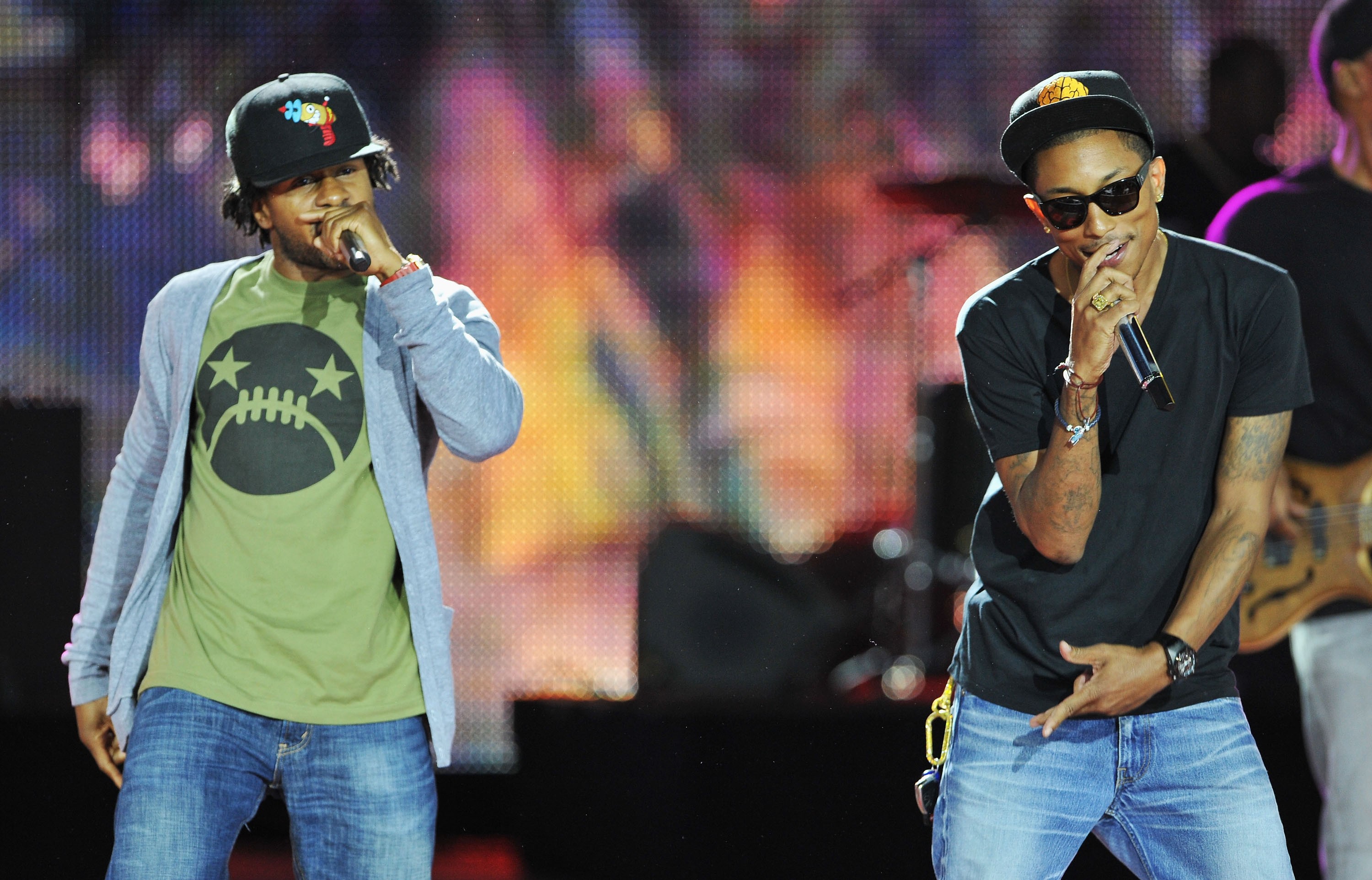 For years, fans have salivated for the return of Pharrell Williams’ group, N.E.R.D. Though Williams has dropped several hints pertaining to a potential comeback equipped with new music, speculation has grown exponentially after fans spotted several billboards playing off the group’s name.

Earlier this summer, a glimmer of hope came when the group announced that they would reunite at ComplexCon in November for a headlining appearance. The last time N.E.R.D. performed together was in 2014 for Tyler, The Creator’s Camp Flog Gnaw. Over the last few weeks, a slew of social media posts displaying the message “No One Ever Really Dies” — which plays on the N.E.R.D. acronym — has surfaced, causing fans to wonder what the storied group has brewing up.

The same message has also been spotted on billboards around the world and also the group’s website. This past weekend, at Tyler, The Creator’s sixth annual Camp Flog Gnaw, fans spotted the cryptic message on stage. On numerous occasions, Williams indicated that a comeback was in full effect. During a Q&A at ComplexCon last year, he said that a new album was in the works and that it would drop, “When it’s time.”

Then, last February in an interview with BBC, he provided more optimism by saying that he was “feeling really, really good” about the group’s return. Take a look at some of the posts below.