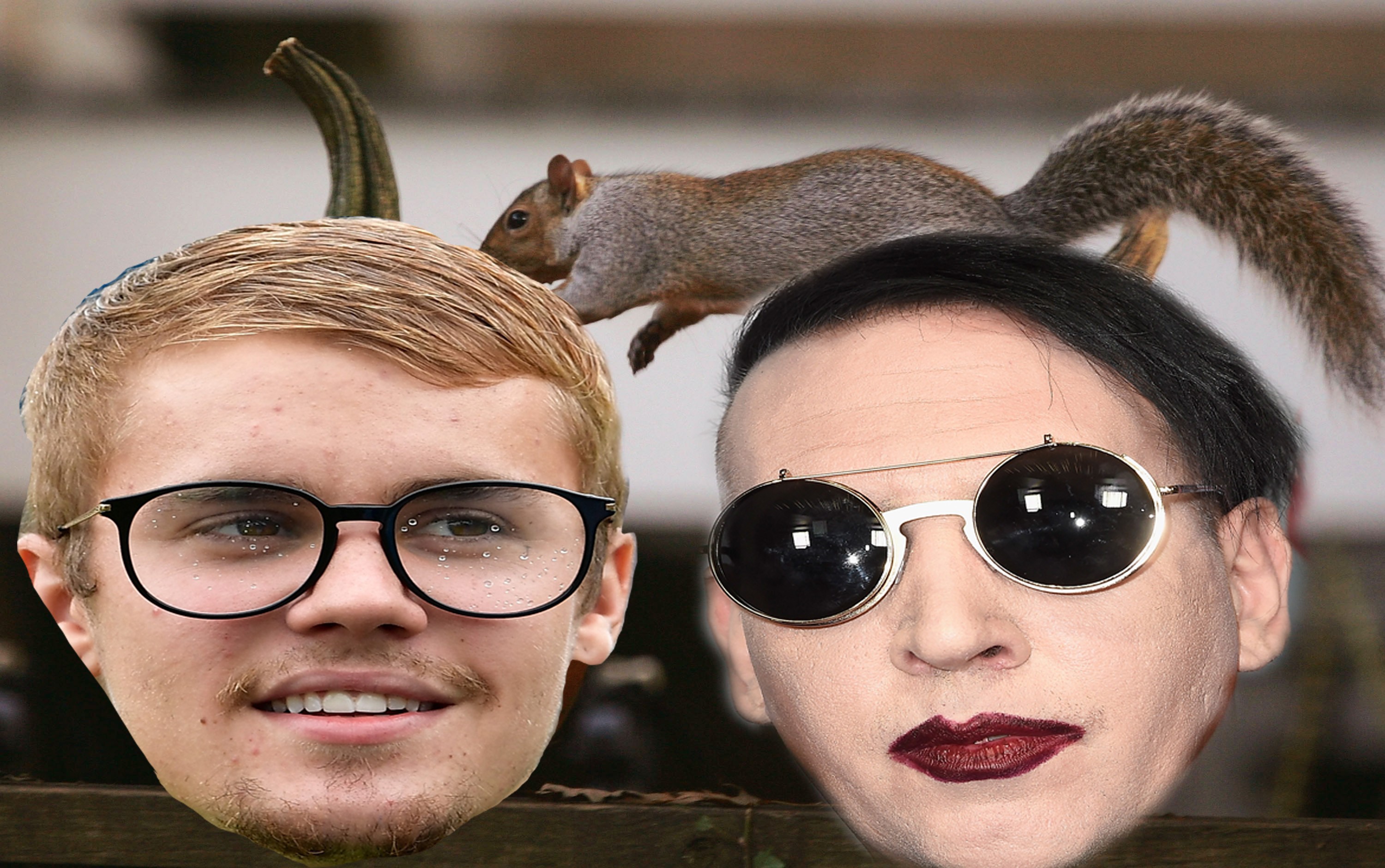 Last Friday, Marilyn Manson called in to Cindy Scull’s Scully Morning Show on Dallas/Fort Worth’s 97.1 The Eagle and managed to reignite his feud with Justin Bieber. After discussing the dissolution of his feud with Trent Reznor, who Manson now calls “one of his best friends,” he picked up right where he left off on the shock rockstar vs. polarizing popstar front.

“He’s in some sort of sexual religious cult with [an] Asian version of Dave Navarro, apparently,” Manson stated without much else to clarify this befuddling statement. When asked if he’ll fight Bieber for using his image on tour shirts and reportedly stating he made Manson “relevant again,” Manson said, “I don’t like to fight with girls.” He also added that he doesn’t understand what Bieber was thinking: “I don’t know how to use the mind of a squirrel.”

According to a study from the University of Exeter, grey squirrels are remarkably fast learners, adept at taking on new tasks necessary to survival. They also learn by watching others–squirrels have been observed walking at crosswalks behind humans. Listen to Manson’s comments below.