Chance the Rapper to Host, Eminem to Perform on Upcoming SNL Episode 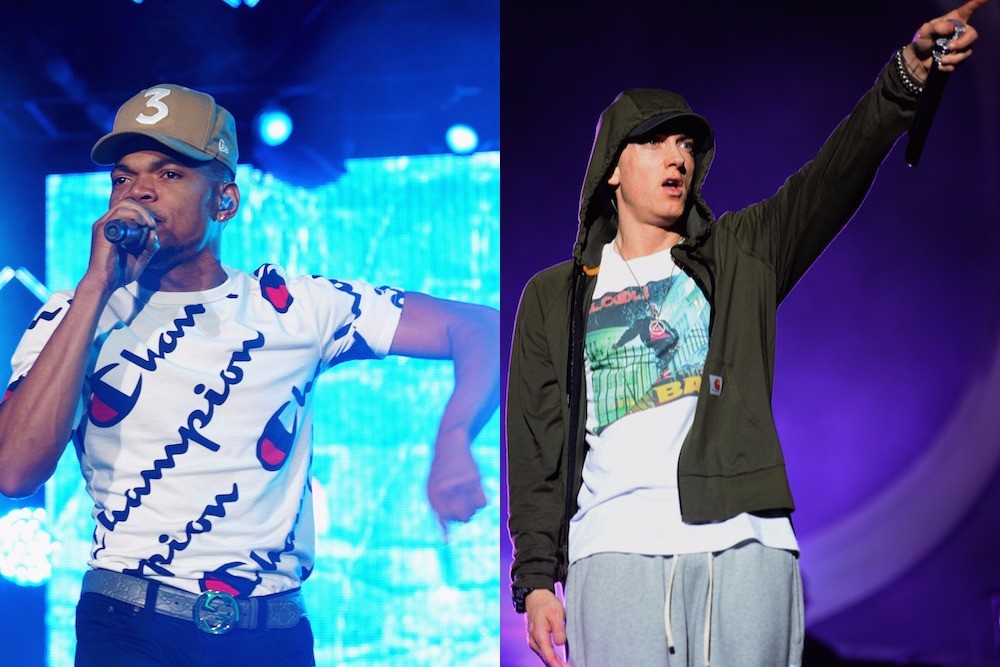 Saturday Night Live has unveiled its schedule for its November shows. Larry David will host the November 4 episode with Miley Cyrus as the music guest, and the next week, Girls Trip’s Tiffany Haddish will host with Taylor Swift performing. November 18 is the big one: Chance the Rapper will host with Eminem returning as the musical guest for the seventh time. Eminem previously visited the show during his campaign for The Marshall Mathers LP 2.

By now, SNL fans are aware that a musical guest with an upcoming album means new music is coming soon. Eminem’s upcoming project, rumored to be called Revival, has been in its finishing stages since at least this summer.